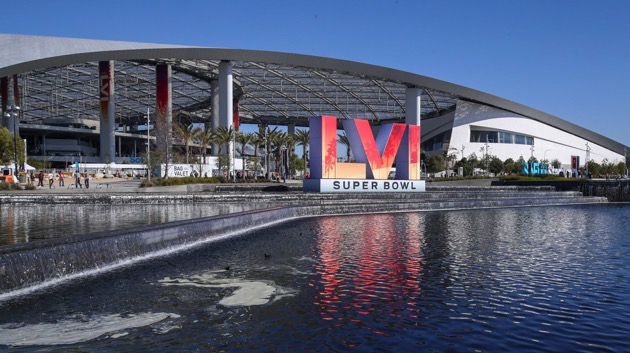 But what began with only a handful of food trucks in 2017, the Taste of Inglewood will have a super-sized spotlight and more than 100 Black-owned food and retail vendors this year as tens of thousands of NFL fans descend on the neighborhood for Super Bowl weekend.

Childress said she created the event after noticing a movement of Black-owned food trucks popping up throughout the neighborhood.

“I said to myself, ‘I wish there was something we could do to help promote these businesses because they do not get the recognition they deserve."” Childress told ABC News.

After networking with some of her friends and community members, she gathered a few food trucks and curated an event to bring more publicity to their businesses.

“We were able to find a niche in creating an environment where urban food vendors, as well as retail vendors, could get the same publicity that a bigger business would,” Childress said.

After the first event’s success, Taste of Inglewood continued to grow, only to have COVID-19 halt its plans in 2020.

Childress, who lost her husband Jan. 2021 of over 20 years due to COVID-19, said as she and her daughters continued to grieve, she decided now was the time for her to get back into the community, get the dust off her shoulders and bring Taste of Inglewood back in time for Super Bowl weekend.

The three-day festival, which takes place less than five minutes from SoFi Stadium, where the Los Angeles Rams will be taking on the Cincinnati Bengals in Super Bowl LVI, will also include Latin, R&B, and hip-hop artists as part of a concert series.

Some of the businesses participating in the festival include All Flavor No Grease, A Hint of Moss, Sweet Red Peach, and Not Ya Mama’s Kitchen.

Vendors like Not Ya Mama’s Kitchen said they are filled with pride to see their neighborhood in the spotlight.

“When we sit back and think of the Super Bowl coming to Inglewood, the only words that come to mind are wealth and long overdue,” Angie Dillard-Miller, owner of Not Ya Mama’s Kitchen, told ABC News. “Inglewood has shaped us into hardworking and dedicated members of this community and for others to see what’s been here all along is truly astounding.”

“The taste of Inglewood is such a great opportunity not only for our family-owned business, but for the many other Black-owned businesses that are being showcased out here as well,” Dillard-Miller said.

The festival will also be incorporating a special moment where Issa Rae, the creator of the hit series “Insecure,” will be receiving the key to Inglewood for her hard work and positive recognition that she brings to the city.