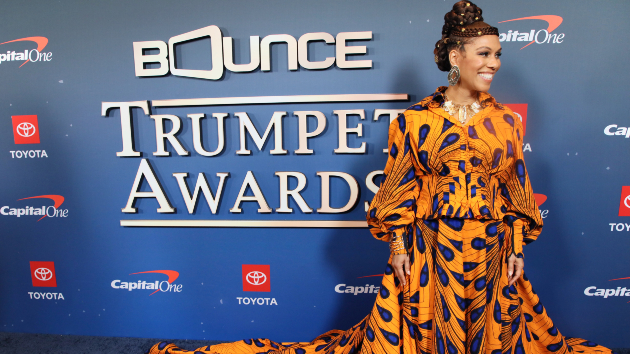 After a year of virtual celebration, the Bounce Trumpet Awards returned in-person Saturday, for a night of recognizing the outstanding achievements of leaders in the Black community. The 30th anniversary show airs on Juneteenth this year, so here’s a preview of what to expect from the monumental ceremony.

The Excellence in Entertainment Award went to Courtney B. Vance, whose decades-long acting career earned him numerous entertainment accolades. Upon accepting the award, he said, “I have never done this work for honors and a trophy but I feel deeply blessed.”

Stan Lathan, the prolific director responsible for launching the groundbreaking series, Def Comedy Jam, said he hopes to continue to “make a difference” while accepting his Living Legend Award. And Zaila Avant-garde, 15,, the first-ever Black person to win the Scripps National Spelling Bee, thanked her mother, Scripps and Bounce TV for her Rising Star Award.

Trumpet Awards founder and creator Xernona Clayton delivered a heartfelt speech in the presentation of her namesake award, before honoring Georgia Senators Raphael Warnock and Jon Osoff for their political advancements. In their acceptance speeches, which were shown virtually, the senators thanked Clayton for her work as a civil rights leader.

Sierra Leone Princess Sarah Culberson was the recipient of the Impact Award, for her philanthropic efforts distributing aid during the 2014 Ebola outbreak and the COVID-19 crisis. “To be recognized in this way is beyond anything I could have ever dreamed when I set out to do this work,” she said in her speech.

See Ray Liotta in trailer for one of his final roles, Apple TV+’s ‘Black Bird’

“You can be the destroyer of this world…or its savior”: See The Rock in the first full ‘Black Adam’ trailer