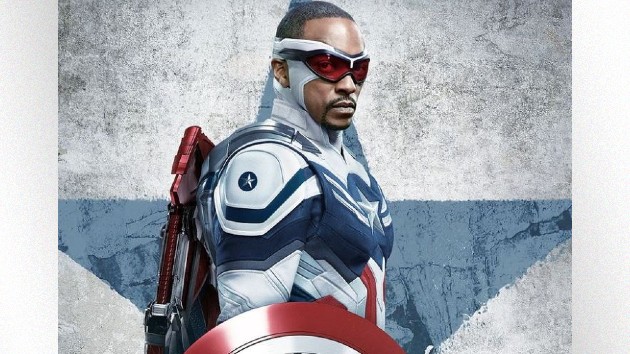 There’s no official announcement from Marvel Studios yet, but The Hollywood Reporter says Anthony Mackie will star as the star-spangled man with the plan in a fourth Captain America film.

The Disney+ series The Falcon and the Winter Soldier showed Mackie’s character wrestling with, and ultimately embracing, the mantle and shield he was given by Chris Evans‘ Steve Rogers at the end of Avengers: Endgame.

The series ended with a key change in the title card, reading, “Captain America and The Winter Soldier,” and the word then was that series creator and head writer Malcolm Spellman had been tapped to start crafting a script for a fourth Captain America film, with Mackie in the lead.

THR now says Spellman and The Falcon and the Winter Soldier writer Dalan Musson are crafting the big-screen bow for Mackie’s Cap.

The second small-screen spin-off of the Marvel Cinematic Universe was a hit for Disney+, and snagged five Emmy nominations, including Outstanding Guest Actor in a Drama Series for Avengers movie veteran Don Cheadle.

A long night in Gotham: ‘The Batman’ to be the third-longest superhero film ever

Angela Bassett and Courtney B. Vance produce ‘One Thousand Years of Slavery’, Anthony Mackie to make his directorial debut and more

“Nobody is safe”: ‘1883’ star Eric Nelsen talks THAT episode