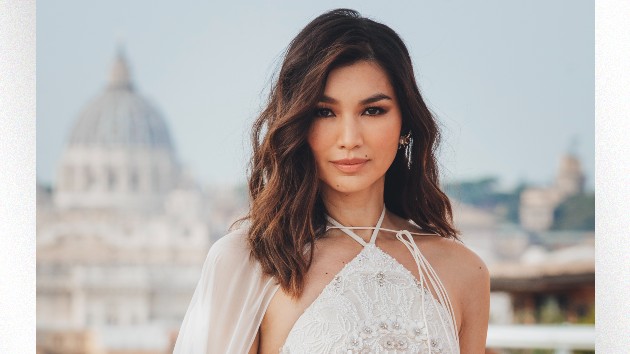 Eternals star Gemma Chan said in a new interview that she once felt she had to hide her Asian roots in order to “blend in.”

Speaking to Porter magazine, the 38-year-old actress, who was born to Chinese immigrants, recalled growing up in a mostly-white neighborhood in Kent, England. Chan said she felt “like I was kind of between two cultures” when she was younger because she was regularly complimented on her “good English.”

In addition, she also grappled with wanting to “blend into the background,”especially when her grandmother started to haggle loudly during family shopping trips. “No one could out-haggle her, though,” Chan remarked.

The actress admitted her desire to fit into a particular mold lessened over the years and said, “One of the nicest things about getting older has been reconnecting and feeling like I can embrace and celebrate the Asian side of my heritage.”

“I’ve met so many incredible people, so many more Asians than I knew when I was growing up, in my line of work,” she continued, adding how proud she is to share her culture through movies that “define our own narratives”

Chan also revealed how her family reacted to her global fame, saying, “I do know they’re incredibly proud. And more than anything, they’re relieved that both my sister [Helen] and I are okay.”

The actress then shared her Chinese name, saying her parents named her Chén Jìng and her sister Chén Ning.

“[The combination of Níngjìng] means tranquility, or quiet,” Chan said with a laugh. “So my parents called us ‘peace and quiet!"”

In Brief: Russell Crowe to star in ‘The Pope’s Exorcist; ‘ER’ actress dies at 61, and more