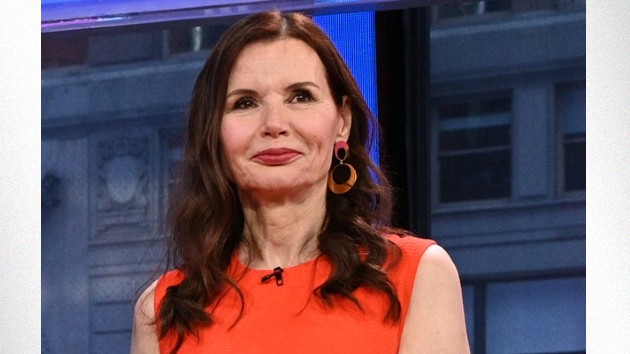 Amid reports of a “secret” six-figure settlement from Bill Murray regarding allegedly harassing behavior that caused the suspension of a film called Being Mortal, Geena Davis is weighing in on working with Murray on 1990’s Quick Change.

Davis was discussing new memoir Dying of Politeness when she told England’s Sunday Times she was on the receiving end of bad behavior from Murray, as well.

Davis said she met the Ghostbusters star in a hotel suite. He insisted on using a massager called The Thumper on her, despite her protestations.

“That was bad,” Davis said. “The way he behaved at the first meeting … I should have walked out of that or profoundly defended myself, in which case I wouldn’t have got [sic] the part.”

Now 66, Davis said she regrets blaming her younger self for not standing up to Murray. “I could have avoided that treatment if I’d known how to react or what to do during the audition,” she continued. “But, you know, I was so nonconfrontational that I just didn’t.”

She added, “There’s no point in regretting things, and yet, here I was regretting.”

In another incident, Murray reportedly publicly lambasted the Oscar winner for being late to set, even though the delay was the fault of the wardrobe department.

As reported back in April, the 72-year-old actor said he regretted his actions with a female co-worker on the set of Aziz Ansari‘s film Being Mortal.

Murray told CNBC, “I did something I thought was funny, and it wasn’t taken that way.”

Murray said, “The world’s different than it was when I was a little kid — what was funny … [then] isn’t necessarily … what’s funny now …[T]he times change. It’s important for me to figure it out.”

Report says Jeremy Renner was trying to save nephew from snowplow; ‘Mayor of Kingstown’ co-star sounds off