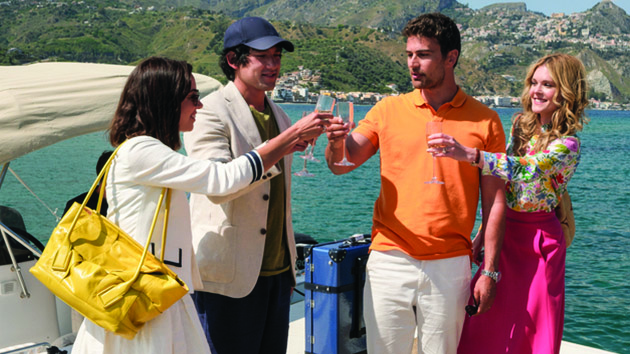 With just three episodes of its second season under its belt, HBO has renewed The White Lotus for a third.

The series, which received 20 Emmy nominations and 10 wins for its freshman season, just saw its second season rank as the number one show on HBO Max, making the decision something of a no-brainer.

HBO’s head of drama and films, Francesca Orsi, praised one of the show’s Emmy winners, creator Mike White, in the announcement. “Reflecting on The White Lotus’ humble, run-and-gun origin as a contained pandemic production, it’s impossible not to be awestruck by how Mike orchestrated one of the buzziest and most critically acclaimed shows. And yet, he’s only continued to reach new heights in season 2, which is the ultimate testament to Mike’s raw, unparalleled vision.”

She added, “His courage to explore the uncharted waters of the human psyche, paired with his signature irreverent humor and buoyant directing style, have us all dreaming of more vacation days at the resort we’ve come to adore. We couldn’t be more thrilled to get the chance to collaborate on a third season together.”

The second season of the acclaimed show stars Emmy winner Jennifer Coolidge, as well as Aubrey Plaza, Sydney Sweeney, Jake Lacy and Theo James. It wraps up on December 11.