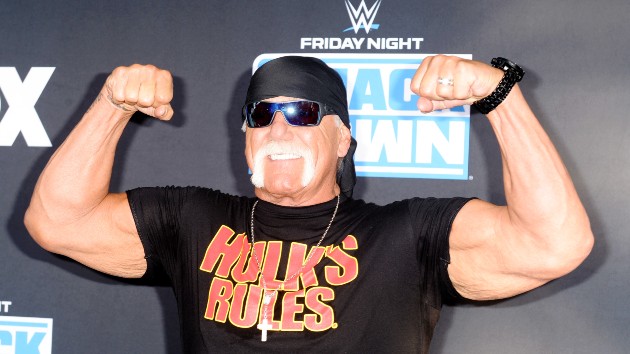 If you don’t know, now you know — Hulk Hogan and his second wife Jennifer McDaniel have divorced and the wrestling legend has a new girlfriend.

Taking to social media on Monday, Hogan announced, “Yo Maniacs just for the record, the Facebook and Instagram posts are of me and my girlfriend Sky, I am officially divorced.”

“Sorry I thought everyone already knew, love my Maniacs4Life,” he concluded.

Prior to the announcement, Hogan had been spotted with another woman around Clearwater, Florida for weeks, TMZ reports. Additionally, the outlet obtained court documents that show Hogan filed for divorce in October 2021 and it was finalized that same year.

Hogan and McDaniel married in 2010, after he split from his first wife Linda Marie Bollea, to whom he was married from 1983 until 2009.

In Brief: ‘She Hulk’ gets a Disney+ debut date, briefly; ‘Doctor Who’ reunion set, and more