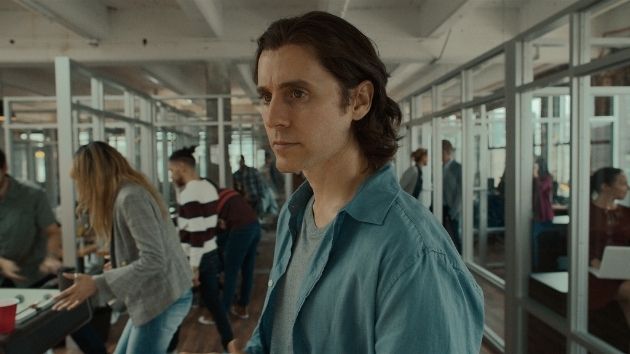 It’s the inside story of the spectacular rise and flaming failure of WeWork -– the series WeCrashed is out today on Apple TV+.

The miniseries stars Jared Leto as WeWork co-founder Adam Neumann and the actor tells ABC Audio he was fascinated by the story of Adam, his wife/co-founder Rebekah, and the journey of this business.

“This is a guy, an immigrant, who came to this country and built something out of nothing — into a $47 billion empire,” the Morbius actor says.

“They did build a very real business. The business is incredible. It’s actually doing great from what I hear. But I’m also not Adam’s defender,” he adds. “He’s an imperfect person, just like we all are, but a very fascinating one.”

Although fascinated, Leto doesn’t excuse anything Neumann did, but understands how things could go sideways when an investor cuts a $4 billion check, as SoftBank CEO Masayoshi Son did for WeWork.

“You’re going to find out who people are once they have that kind of money floating around and it changes everything,” Leto says. “You start seeing stars…it’s easy to see how you could get carried away.”

WeCrashed isn’t an action movie, however, Leto states that playing the Israeli immigrant was “one of the most challenging roles” of his career.

“The way that this character spoke, the way that he got in front of an audience and stood on stage and gave speeches. He was incredibly verbose and really physical,” he explains. “Every day I was at home just beat up and my back is killing me.”

But, Leto “loved every single second of it.”

“I’m in a bit of a masochist…I love to dive deep and I love a good challenge. And this was all of that,” he shares.