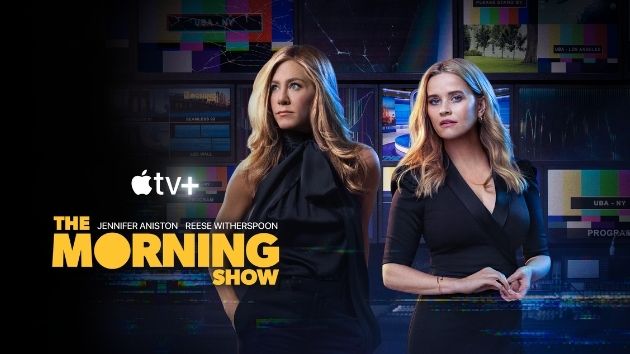 After season one of The Morning Show ended on an incredible cliffhanger — with Alex Levy and Bradley Jackson choosing to blow up their network and expose the toxic work environment live on television — fans will finally know what happened next when season two premieres today on Apple TV+.

Star Jennifer Aniston, who plays Alex, chatted with ABC Audio about what themes the new season will tackle and how they will affect her character’s growth.

Aniston says that Alex — who spent much of the first season trying to process the sexual assault allegations against her disgraced former co-host, Steve Carell‘s Mitch Kessler — will do some real soul searching this season.

“Sitting back, taking a moment to look inward and look back at the rubble that was left behind and figuring out who you are, is it who you want to be, and how do you move forward in this new normal?,” she divulged.

The Emmy winner says Alex will continue to explore the fallout of the sex scandal and also focus on cancel culture.

“What happens to these people who, you know, commit these terrible acts? Do they just vanish and disappear? That’s it. One click and one swipe in your whole entire life that you worked for is over,” she explained. “Is there room for redemption? Is there room for forgiveness?”

While fans have yet to find that out, they will meet newcomer Julianna Margulies, who plays network news anchor Laura Peterson.

“There’s this sort of really great mix of grit, but sophistication and incredible smarts,” she teased.