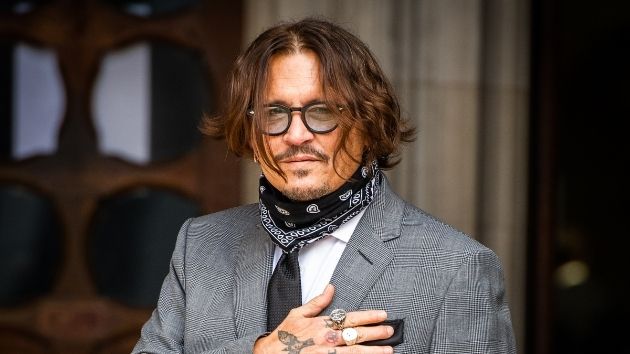 Is Johnny Depp being boycotted by Hollywood? That’s what he seems to believe based on a recent interview.

Speaking with The Sunday Times about his new film, Minamata, which was recently released in the U.K. with a U.S. date still pending, Depp claimed that Hollywood has boycotted him and alluded that the industry’s focus on his personal life is why the film hasn’t received a North American release date.

In the film, Depp portrays photojournalist Eugene Smith, who travels back to Japan to document the catastrophic effects of mercury poisoning on the countries costal communities.

“We looked these people in the eyeballs and promised we would not be exploitative. That the film would be respectful,” he said of Minamata, according to Deadline. “I believe that we’ve kept our end of the bargain, but those who came in later should also maintain theirs.”

“Some films touch people. And this affects those in Minamata and people who experience similar things,” he expressed. “And for anything…For Hollywood’s boycott of me? One man, one actor in an unpleasant and messy situation, over the last number of years?”

After trailing off, he added, “But, you know, I’m moving towards where I need to go to make all that…To bring things to light.”

Minamata was originally slated for a February release in both the U.K. and the U.S., however they were both postponed. The U.K. has since released the film on Friday, but a U.S. release has yet to be announced.