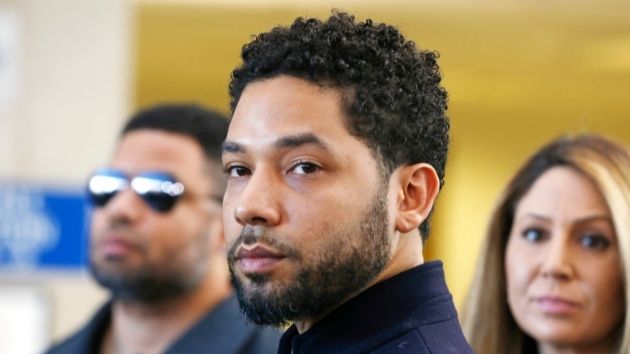 Former Empire actor Jussie Smollett has been sentenced to 150 days in county jail on Thursday for fabricating a 2019 hate crime attack on himself.

Smollett was also ordered to pay $120,000 in restitution to the city of Chicago, fined $25,000 and must serve 30 months of felony probation.

As Cook County Judge James Linn was imposing a sentence, Smollett screamed out, “I am not suicidal. I am innocent.”

The judge ordered Smollett to be taken to jail immediately.

Smollett, 39, appeared Thursday afternoon in Cook County Circuit Court in Chicago to hear his fate after a jury convicted him in December on five of six felony counts of disorderly conduct stemming from him filing a false police report and lying to police, who spent more than $130,000 investigating his allegations.

Prior to the sentencing, Linn denied Smollett’s motion for a new trial following a lengthy hearing.

“We’ve talked about this for two years,” Linn said. “I do believe that at the end of the day, Mr. Smollett received a fair trial.”

Quite a splash — ‘Avatar: The Way of Water’ wades past billion-dollar mark in just 14 days

“It was just so much blood”: Chris Redd details attack outside New York City’s Comedy Cellar