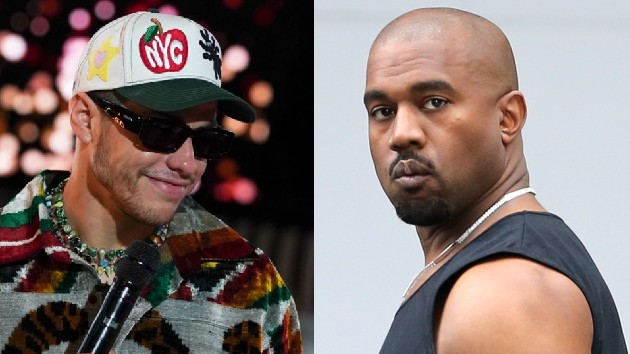 While Kanye West‘s song “Eazy” takes more than a veiled dig at Pete Davidson — “dig” being the operative word, as Ye buries an animated avatar of the SNL star alive — the flap has gone viral in another way.

In a TikTok video that has been liked more than 771,000 times and counting, it seems workers at one Starbucks are doing their own market research as to whom customers are backing in the beef, by using tip jars.

The video from user @dejapoo00 shows a pair of boxes meant for workers’ tips, with one marked with the name of Kim Kardashian‘s estranged husband, and the other her rebound boyfriend.

Just by the cash and the comments alone, Davidson is on top: It shows more bills in his box compared to Ye’s, the latter of which has collected a smattering of spare change.

“The kanye one full of coins bc only 16 yr old boys side with him,” snarked one TikTok user.

Another commented, “I’d empty my wallet for pete.”

Others saw the darker side of ‘Ye’s video, which he defended Sunday as, “…not a proxy for any ill or harm.”

Catching up with Santa on TikTok