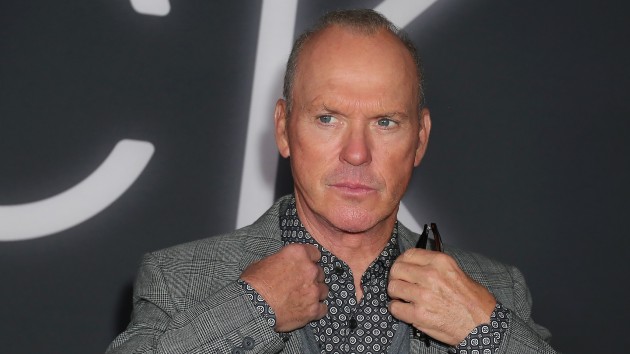 (NOTE LANGUAGE) While waiting for Robert Pattinson‘s first turn as the Dark Knight in The Batman, Bat-fans are freaking out about an Instagram post from the guy who first wore the suit in 1989.

Michael Keaton dropped a post last night that didn’t need any caption: A photo of his unmistakable silhouette as the Caped Crusader, first seen in Tim Burton‘s groundbreaking Batman film.

As previously reported, Keaton agreed to return as the iconic hero in both Warner Bros.’ Ezra Miller-led film The Flash and HBO Max’s forthcoming Batgirl movie.

Both of these projects are separate from the Gotham City created by Matt Reeves for Pattinson with The Batman, which premieres March 4.

In an interview with The Hollywood Reporter last summer, Keaton said of returning to the character, “Frankly, in the back of my head, I always thought, ‘I bet I could go back and nail that motherf***er."”

However, the Oscar winner admitted that The Flash’s time-shifting plot that will allow Keaton to occupy the Batsuit, reportedly along with Ben Affleck‘s Caped Crusader, went over his head. “They had to explain that to me several times,” he confessed.

That film hits theaters on November 4, 2022. There’s no release date yet for the Batgirl movie starring Leslie Grace as the heroine, and which Keaton is now shooting overseas.