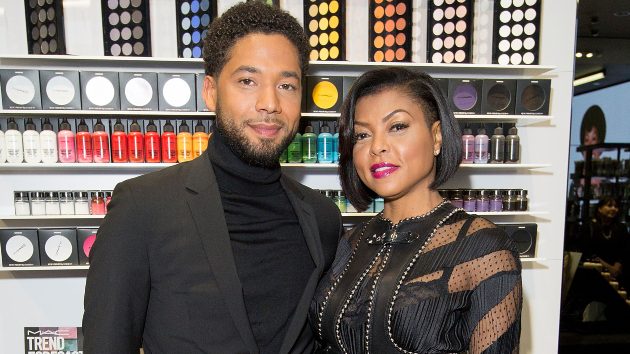 Four days after actor Jussie Smollett was sentenced to five months in prison for staging a hate crime, his Empire cast mate Taraji P. Henson is calling for his release.

“I am not here to debate you on his innocence but we can agree that the punishment does not fit the crime,” the 51-year-old actress said in an Instagram post.

To support her efforts, Henson invoked the tragic story of Emmett Till, saying, “Emmett Till was brutally beat and ultimately murdered because of a lie and none of the people involved with his demise spent one day in jail, even after Carolyn Bryant admitted that her claims were false. No one was hurt or killed during Jussie’s ordeal. He has already lost everything, EVERYTHING! To me as an artist not able to create that in itself is punishment enough. He can’t get a job. No one in Hollywood will hire him and again as an artist who loves to create, that is prison. My prayer is that he is freed and put on house arrest and probation because in this case that would seem fair. Please #freejussie.”

Twitter users reacted to the Emmit Till comparison, with some calling it “insulting,” among other things.

Jussie’s younger sister, Jurnee Smollett, shared the same #FreeJussie message in a Saturday Instagram post saying, “Jussie is Innocent.”  She captioned the post by writing, “Black Americans are incarcerated in state prisons at nearly five times the rate of White Americans. Jussie is innocent. And…you don’t have to believe in his innocence to believe he should be free…”

In a think piece for Rolling Stone, journalist Ernest Owens expressed his similar thoughts. He also tweeted, “You can believe that Jussie Smollett lied and was wrong for what he did. But you can also know that incarceration isn’t the answer…”