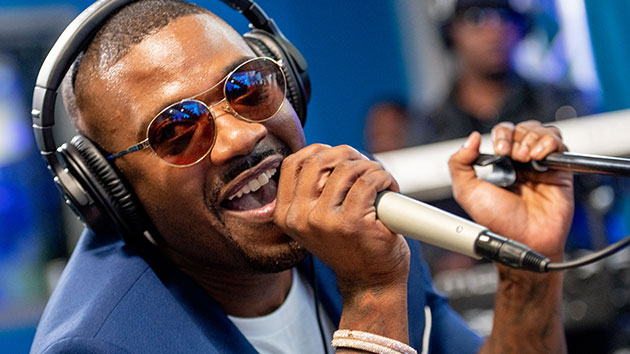 Ray J has been released from a Miami hospital and is back home after suffering from pneumonia.

TMZ reports that he was released over the weekend. The Love & Hip Hop Hollywood star is no longer using an inhaler and needing oxygen.

As previously reported, last week the singer/actor was feeling positive about his recovery. “I appreciate all the love and support from everybody,” Ray J said in a message that his manager, David Weintraub, shared with People. “Thank you for keeping me in your prayers, and I will be back up and running soon.”

Weintraub added that the illness was “not the contagious kind,” and that Ray does not have COVID-19, despite initially being placed in the hospital’s COVID unit. “They gave him multiple COVID tests, and he tested negative for all of them,” said Weintraub.

The manager added the illness is a result of the 40-year-old entertainer being a workaholic — shooting Love & Hip Hop, developing and promoting products through his Raycon brand, and producing new music.

Shortly after announcing that he was taken to the hospital, Ray J filed to divorce his wife of five years, Princess Love. The “Wait a Minute” singer cited irreconcilable differences as cause for their separation. Ray J is seeking joint custody of his and Love’s two children — Melody, 3, and Epik, 1.

Cracks in their relationship started to show last November, when the model accused her husband of leaving her “stranded” in Las Vegas and threatened to divorce him.

This latest filing marks the third time that the pair have tried to separate. Their first separation was in May 2020, but the couple patched things up that July and Love asked the court to dismiss her request. Four months later, Ray J was the one to file for divorce.

“He meant everything to us”: ‘Black Bird’ cast remembers Ray Liotta at L.A. premiere

In Brief: ‘General Hospital’ cleans up at Daytime Emmys, and more

“Thank you for everything”: Ray Liotta’s daughter Karsen posts Instagram tribute to her late dad

See Ray Liotta in trailer for one of his final roles, Apple TV+’s ‘Black Bird’