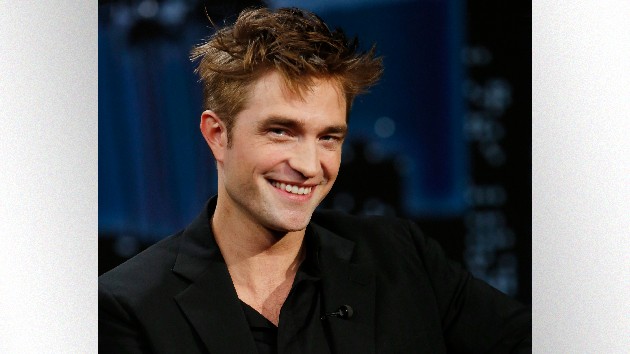 “You are a really good Batman,” Kimmel enthused, before adding, “If you’re a bad Batman, there’s no bigger disaster than that!”

Pattinson admitted he was “absolutely terrified” to watch the film, but he knew he was in good shape when he saw how his girlfriend Suki Waterhouse reacted to it. “…I’m pretty sure she doesn’t like superhero movies…When I could feel a little tear [on her face], I was like, ‘NO WAY!"”

And while much has been made of director Matt Reeves being inspired by Nirvana‘s Kurt Cobain for The Batman’s take on Bruce Wayne, Pattinson admitted he initially took it too far.

“The first costume meetings, I wanted to go like really, really Kurt Cobain, I wanted to wear like a dressing gown, and fluffy Bugs Bunny slippers, really grungy, and …it didn’t work out,” he admitted with a laugh.

Kimmel also pointed out that Americans “may have a problem,” seeing as to how Batman is now played by a Brit, the same as Superman’s Henry Cavill and Spider-Man’s Tom Holland, both of whom are also British.

Pattinson says he knew Holland was destined to play Spidey, before Holland was cast as the hero, after working with him in 2016’s The Lost City of Z.

“He really manifested that part,” Pattinson said. “I swear to God, we were in Colombia, and he was wearing …a proper Spider-Man costume. No one witnessed this but me.”