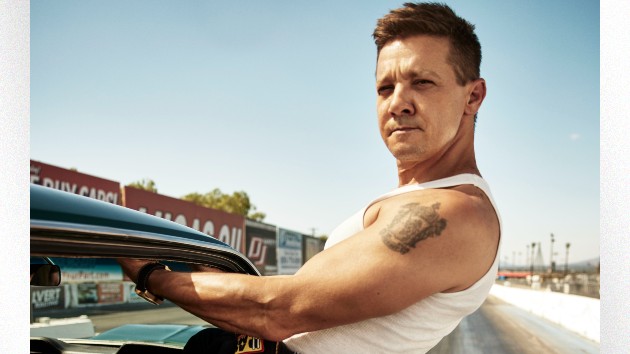 (NOTE LANGUAGE) Jeremy Renner suits up again as archer Avenger Clint Barton/Hawkeye in his own Disney+ series, Hawkeye, which debuts next week — but it wasn’t easy, the actor admits.

In a new Men’s Health cover story, Renner says that, like many people, his fitness took a back seat to living during the pandemic. “I got, I wouldn’t say fat, but a little lazy,” he admits. “I was like, ”F*** it.’ It was sloth life.”

Getting back into superhero shape, however, was what the job he loves required. “It took me two months of working out just so I could get enough energy to be in the stunt gym,” Renner says.

The actor explains that while some stars collect cars, or pump their own liquor brands, one of his hobbies is more practical: restoring a fleet of fire trucks to keep his Nevada home and community safe from wildfires.

“I had 30 fire trucks a hundred feet from a hydrant,” he says, during a recent dangerous period. “Not because they’re there to firefight, but they all potentially could.”

One has even been retrofitted to be a hit at kids’ birthday parties, the father of 8-year-old daughter Ava  reveals, complete with a bounce house, Slurpee and snow-cone machines, and more.

In the article, Renner also speaks movingly about the reaction to his Oscar-nominated role in The Hurt Locker.

“So many soldiers would come up to me like, ‘This is something I cannot explain to my wife. Now she can watch and [understand] what the f*** I’m talking about."”

One soldier who did eight tours in Iraq told him sharing the film with his wife saved his marriage, Renner recalls, his eyes tearing up. He adds, “It was amazing, man. I don’t get that out of a Marvel movie.”

A long night in Gotham: ‘The Batman’ to be the third-longest superhero film ever

Amazon forges an official title for its epic Tolkien series: ‘The Lord of the Rings: The Rings of Power’