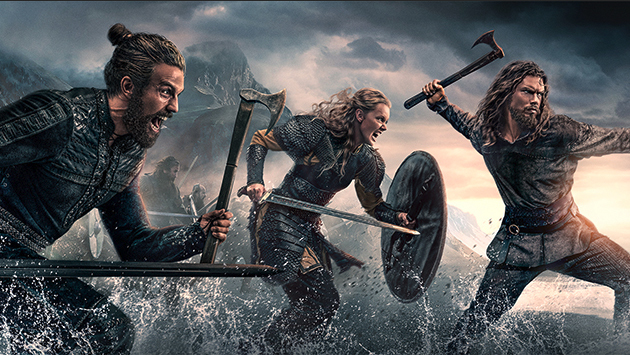 Great news for those who fell in love with History Channel’s popular Vikings series.  After the series’ six-season run ended, the next chapter arrives Friday with Vikings: Valhalla, which documents the warriors’ historical battle against the King of England.

Creator Jeb Stuart tells ABC Audio the series takes place 125 years after the events of the original series and will explore the infamous “St. Brice’s Day massacre” of 1002.  Stuart says the massacre was orchestrated by the King of England, Aethelred the Unready, who ordered “the genocide of all Vikings living in England… because of immigration.”

Stuart says the event united the Vikings — much like how Americans put aside their differences to face a common enemy. “You got the Democrats and Republicans, and they’re all fighting at each other’s throats,” he described. “When there’s an attack from the outside, you suddenly become American again. And that’s actually what happened with the Vikings.”

Despite the modern-day comparison, Stuart says Vikings: Valhalla is steeped in history, and he strove to make the series as accurate as possible — even though it was a challenge.

“We take a lot of pride in the authenticity of this story,” he shares. “The Vikings did not have a written language, so it was an oral storytelling tradition. Even what we know about the Vikings, we primarily know about it from their enemies.”

Keke Palmer does Angela Bassett impression directly in front of her

Henry Cavill bows out of Netflix’s ‘﻿The Witcher’, ﻿Liam Hemsworth takes the reins

Dame Judi Dench calls out Netflix’s ‘﻿The Crown’﻿ for “crude sensationalism,” calls for disclaimer before episodes