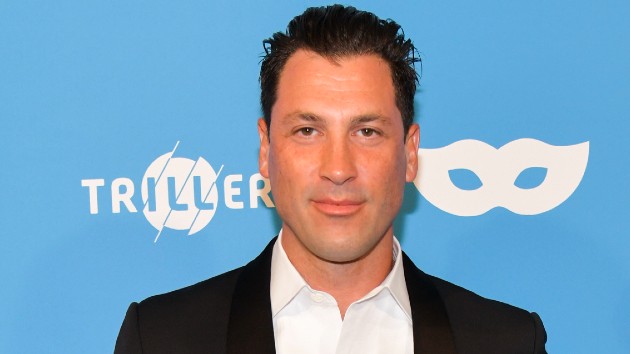 A day after his first dispatch from his native Ukraine, currently under invasion by Russian military forces, Dancing with the Stars veteran Maksim Chmerkovskiy has updated his followers on his latest experiences.

While the 42-year-old states he’s “not reporting the news” as a journalist, he posted two Instagram videos, detailing the “dire” things he’s been seeing.

In the first video, Maks noted, “I’m going to do my best to stay as safe as possible.” He explained he’s heard the way to the border “is quite dangerous,” so he’s staying put, declaring, “We haven’t been told to move, and I’m just following instructions. That’s all I can say.”

He added grimly in the second video, “the reality is that I’m also talking to my friends that are here, the Ukrainians, and the situation is pretty dire.”

Maks noted that the civilians in the country “are being mobilized,” explaining, “the whole country is being called to go to war. Men, women, boys …. These people who were…judging dance competitions several days ago…are going forward and…getting guns and getting deployed to defend the country.”

His fellow Ukrainians, “are very aggressively charged,” Chmerkovskiy said, admitting he knows he isn’t “representing everybody” in the country with his messages.

“If it’s not resolved in a peaceful manner in some way or form in the next day or so, or two, I think it’s gonna take a turn for very, very much more aggressive actions and a lot more casualties,” Maks said. “There are kids that are getting sick, people are sheltering and people that aren’t able to just get up and run, right? Small children, elderly people. This is like it is in every conflict, I’m just drawing attention to the fact that this is what’s happening.”

In Brief: Red-hot ‘Fire Country’ gets second season for CBS, and more

In Brief: Tyler Perry goes to war with ‘Six Triple Eight’ for Netflix, and more