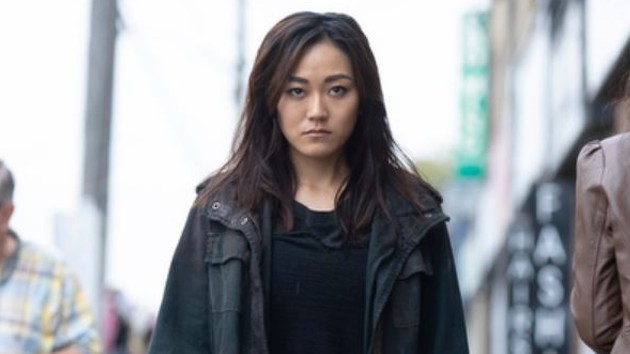 (NOTE LANGUAGE) On her Instagram, The Boys’ Karen Fukuhara reveals that she was hit in the head in what’s become a disturbing trend of anti-Asian attacks in this country.

“Today I was struck in the head by a man,” the 30-year-old American actress began a series of messages, explaining that although she’s “physically fine,” after the “hate crime,” she’s fed up.

She added, “This s*** needs to stop. Us women, Asians and the elderly need your help.”

The actress, who plays the super-powered Kimiko on the Amazon series, said she was walking to a cafe when a male came up behind her and hit her in the head so hard her hat flew off.

“I thought about confronting him at first, but he started coming towards me and I didn’t think it was worth the risk,” she revealed.

After he yelled at her, the man walked away, Fukuhara noted, adding, “This is the first time I’ve been harmed physically, although racial slurs and hurtful actions have been directed to me in the past.”

She added that “multi-racial friends of mine…had no idea these hate crimes happen to [us] everyday, regular people…I felt it was important to raise awareness.”

She also vented, “Why is this something we as ‘victims’ have to think about? What satisfaction are these perpetrators getting from hitting women, Asians, the elderly? They need to be held accountable [for]…these horrible crimes.”

The actress’ post comes days after the arrest of a suspect caught on tape punching an elderly Asian woman more than 100 times in the lobby of her Yonkers, New York, building. According to WABC-TV, Tammel Esco, 42, was charged with attempted murder as a hate crime and assault as a hate crime — both violent felonies.