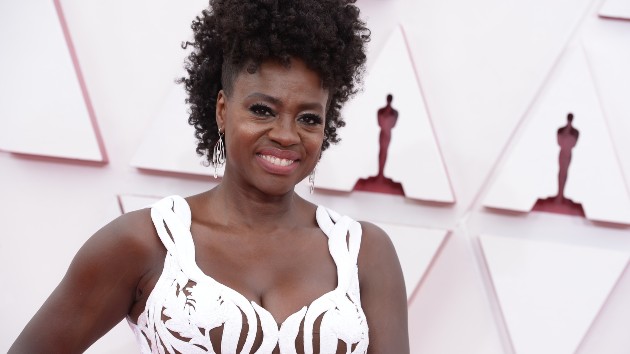 Entertainment Weekly has shared the first-look images of Viola Davis as former First Lady Michelle Obama in Showtime’s The First Lady, an anthology series about women in the White House.

As previously reported, the new series, told from the perspective of the women “at the heart of the White House” will also star Michelle Pfeiffer as Betty Ford, Cailee Spaeny as Anna Roosevelt, and Gillian Anderson as Eleanor Roosevelt. The First Lady is scheduled to be released on Showtime in the spring of 2022.

In other news, Deadline is reporting that Oscar-winning filmmaker Steve McQueen has set his next feature film. McQueen has signed on to write, direct, and produce Blitz, a project based on his original idea. He will produce the project with New Regency, the company that helped to made his Oscar winning film 12 Years a Slave. Plot details on Blitz are being kept under wraps. The new film will begin production sometime next year.

Finally, Will Smith was apparently in the giving spirit during the making of his upcoming film, King Richard. According to The Hollywood Reporter, Smith, who was reportedly paid up to $40 million for his role as Richard Williams, gifted cash bonuses to his costars who worked with him on the critically-acclaimed drama. Those co-stars included, Saniyya Sidney and Demi Singleton, who play his daughters Venus and Serena, as well as Tony Goldwyn, Jon Bernthal and Aunjanue Ellis, among others. Smith’s bonuses to the cast came after Warner Bros. changed the release plan for the upcoming movie to debut simultaneously in theaters and on its streaming service HBO Max on November 19.