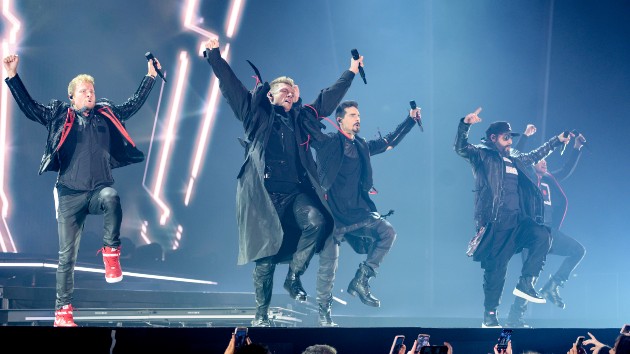 Backstreet Boys just relaunched their DNA tour at The Colosseum at Caesars Palace in on Friday, and they’ll play two more shows at the Las Vegas venue before continuing the tour in earnest on June 4 in Chula Vista, California. But the group is already thinking ahead to 2023, which is when they’ll be celebrating their — gasp! — 30th anniversary.

“We have some interesting tricks up our sleeve,” AJ McLean tells the U.K.’s Official Charts Company. “I’ll say this: If these things come to light, our fans are literally going to lose their f***ing minds.”

AJ declined to go into detail about the mind-blowing plans, but he did tease, “We have some really incredible things in the works that will probably take all the way up to our 30th to plan; there are lots of moving parts. We definitely have a couple of big, big, big things — probably the biggest we’ve done in years — planned. It’s gonna be awesome.”

Before that happens, though, AJ says he’ll release a solo EP with “a couple of feature[d artists] on there that are more in the millennial world.” Later this year, Backstreet Boys will release a Christmas album and will reportedly do a holiday residency in Las Vegas.

AJ also points out that even though people think Harry Styles is pushing the boundaries of fashion by wearing nail polish, he’s “been doing it for 25 years,” and has his own nail polish line. What’s more, AJ says he was inspired to do it by someone several generations before him: Aerosmith‘s Steven Tyler.

Mariah Carey invites fans to her NYC penthouse for the holidays