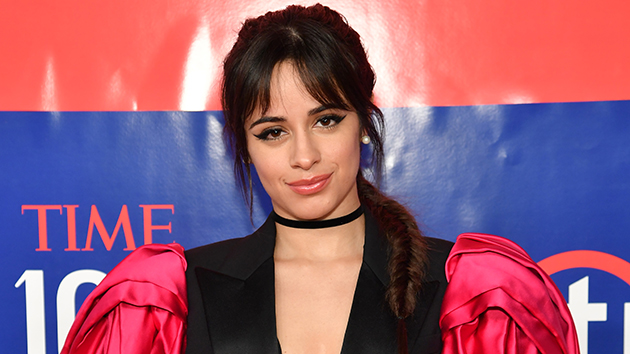 Camila Cabello isn’t letting her recent wardrobe malfunction wreck her day. The “Havana” singer poked fun at her Monday-night incident, during which she accidentally flashed some BBC show hosts on live television.

Taking to TikTok on Tuesday, Camila mouths along to Muni Long‘s “Time Machine” while pouting and shaking her head. She added the caption, “When my stylist asked me if I wanted nip covers and I said no.”

She then cheekily added the comment, “Least they’re cute tho,” along with a razzing emoji.

Camila appeared on BBC’s The One Show on Monday to chat about her new single, “BAM BAM,” which features Ed Sheeran.  The wardrobe malfunction happened as she was answering questions from fans and was asked by the show’s host to demonstrate her favorite dance move from the music video.

Her loose shirt moved just enough to expose her breast, but Camila tried to play it off by continuing to dance and told the hosts, “I almost flashed you.” She also added, “I hope you didn’t see [anything.]”

The hosts politely said there was a wardrobe malfunction and tried moving on with the rest of the show — but not before fellow guest, comedian Alan Carr, remarked, “I’ve been a victim of cyber flashing!”

Camila replied that her mother “is in the next room” and is “possibly freaking out” about what had happened.

Camila is gearing up for the release of her upcoming third studio album, Familia, which drops April 8.

Quismois queen: Camila Cabello trolls herself over how she pronounces Christmas