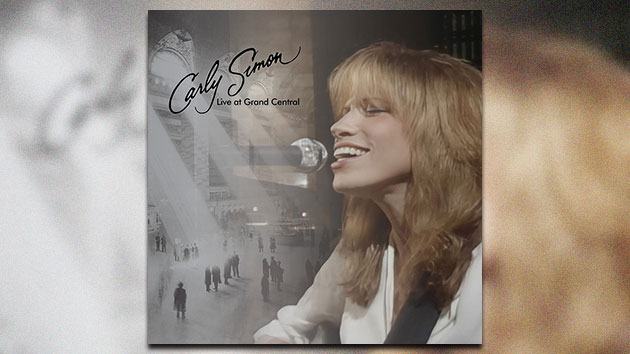 You don’t generally hear a lot of good being said about being a commuter in New York City, but if you happened to be in Grand Central Terminal in April of 1995, you would’ve been one of the lucky few to see Carly Simon and her band delivering an unannounced concert in the middle of the main terminal. The performance was released on VHS later that year but now, it’s finally coming to Blu-ray.

Live at Grand Central, available January 27, features remixed audio and newly digitized HD video and will be available in all the usual audio and video formats, including CD, vinyl, digital and streaming. You can also purchase a limited-edition colored vinyl version, as well as a bundle that includes the Blu-ray DVD, the colored vinyl edition and a CD. You can order all of the different versions now at CarlySimon.com.

To whet your appetite for the release, Simon’s released the concert track and video for “Like a River,” which you can watch and stream now.

Simon’s got even more to be excited about: Her induction into the Rock and Roll Hall of Fame happens this coming Saturday, November 5 at LA’s Microsoft Theater, along with fellow new inductees Pat Benatar, Duran Duran, Eminem, Eurythmics, Dolly Parton and Lionel Richie.