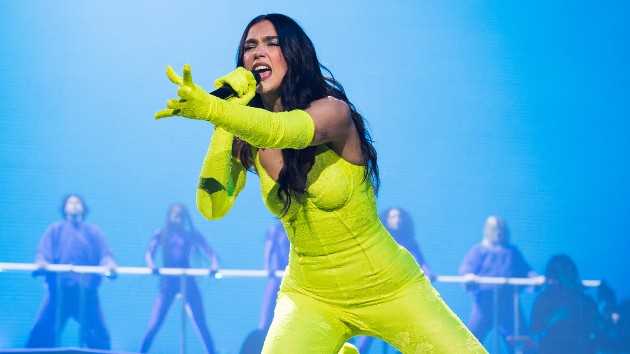 While Dua Lipa‘s “Levitating” recently made headlines for inspiring not one but two copyright-infringement lawsuits, it shows no sign of slowing down on the Billboard Hot 100. In fact, it’s just broken a longstanding record.

In the history of the Hot 100, which dates back to 1958, only four other songs have spent at least 70 weeks on the chart. Leading the pack is The Weeknd‘s “Blinding Lights” with 90 weeks, followed by “Radioactive” by Imagine Dragons with 87 weeks, “Sail” by AWOLNATION with 79 weeks, and “I’m Yours” by Jason Mraz with 76 weeks.

A couple of songs that are currently on the chart might just hang around long enough to challenge those numbers, though: Glass Animals‘ “Heat Waves,” which is number one for a second week, has spent 60 weeks on the Hot 100 so far, while The Weeknd and Ariana Grande‘s “Save Your Tears” has been on the chart for 62 weeks. It’s currently #17.