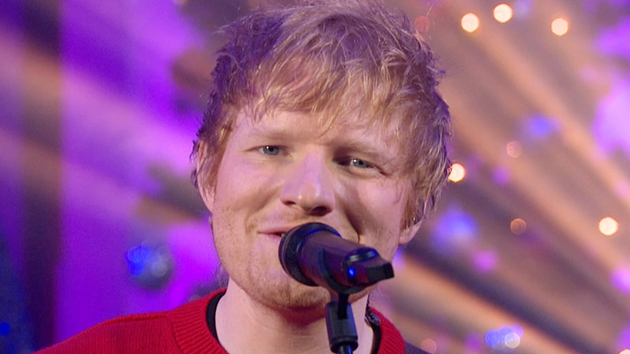 Ed Sheeran reveals that his one-year-old daughter, Lyra, is growing like a weed and, with it, comes the additional stressors of parenthood.

Speaking to BBC Radio London recently, the Grammy winner remarked, “She just started walking now and, suddenly, we’re getting all the things that cover up the plugs and the thing that stops the cupboards from being opened.”

Ed said he and his wife, Cherry Seaborn, are “learning stuff like that” in order to keep their curious toddler safe.  “Before, you just sort of plonked her down somewhere and she was good,” he stated.

The “Shivers” singer loves being a father despite all the challenges that come with his new title because it’s making him a better person.

“I would say I’m very much different to who I was 18 months ago,” Ed explained. “There’s a big difference, but it wasn’t like they handed me Lyra and I went, ‘Oh!  Now I’m this person.’  It just gradually happened.”

Ed added that he’s adapting and evolving into a better parent constantly because “every day is different!  When one sort of stage of baby ends, the next stage begins.  So, you suddenly have to learn the next stage.”

And while Lyra continues to grow and change, the singer said he already has a good idea of what kind of father he is going to become, telling the outlet, “I can see myself being the type of dad that — not like follows her around — but just pops up and just [says,] ‘Hey!"”

However, he was warned by one of the BBC presenters that Lyra might not enjoy that kind of attention when she hits her independent teenage years…but only time will tell if that’s true.

???? We’ve got some cracking shows for you next week.

Join @GabyRoslin with @edsheeran as he thanks the key workers & answers some of their burning questions ????