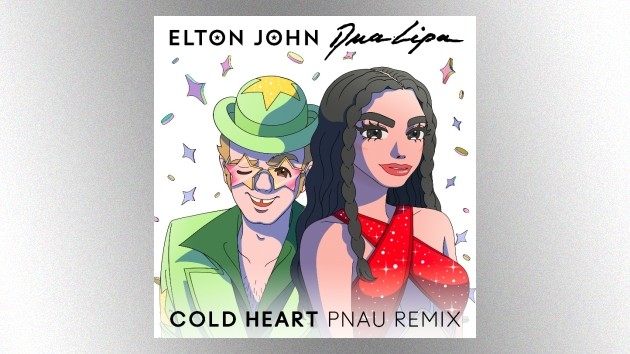 Elton John has just scored his second number one of 2021 on the U.K.’s biggest chart countdown show, and he couldn’t be happier.

Reflecting on his achievement, 74-year-old Elton told the show, “Well, at my age, having one number-one song in the singles chart is an incredible surprise and for me, an achievement. So, two is ridiculous. I mean, this is a dream come true.”

Earlier this year, Elton’s collaboration with British act Years & Years on a cover of the Pet Shop Boys‘ “It’s a Sin” topped the same chart.

Elton also told the show that he’d called his pal Ed Sheeran, who was number one on the show last week with “Bad Habits,” to share the good news. “He was thrilled for me,” Elton said.

“‘Cold Heart,” created by dance duo PNAU, is a mashup of three Elton songs: “Sacrifice,” “Rocket Man” and “Where’s the Shoorah?”  On Instagram, Elton wrote, “Thank you for streaming and listening to ‘Cold Heart.’ Even after all this time making music and putting it out there, a number 1 still means so much and I couldn’t be prouder of the song, Dua and PNAU for what we’ve produced.”