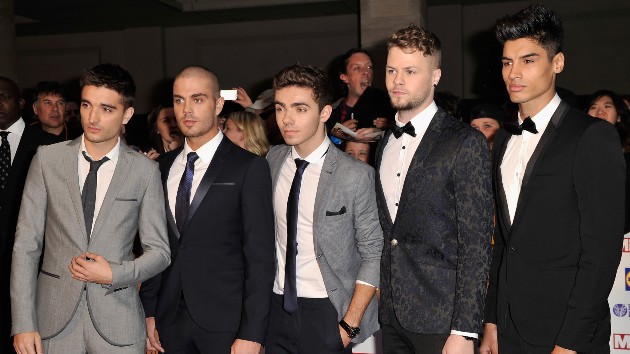 The Wanted, the British boy band best known for their 2011 hit “Glad You Came,” are launching a comeback.

A greatest-hits album from the quintet, marking the 10th anniversary of their formation, is due out November 12. It’ll feature the first new music from the group since they split in 2014.

The Wanted also will perform together for the first time in seven years on September 20, at a London charity concert called Inside My Head.  It will raise money for Stand Up to Cancer, as group member Tom Parker has been very publicly battling an inoperable brain tumor.

In a comical video announcing the reunion, all five members of the group — Tom, Max George, Nathan Sykes, Jay McGuinness and Siva Kaneswaran — randomly meet up in a hospital waiting room, where they collectively decide to get back together.  As all the group members complain about minor medical problems — a broken arm, an injured ankle, a torn-up finger — Tom looks at the camera incredulously.

“We have been talking on and off for a few years about getting back together for the anniversary,” Jay says in a statement, according to OfficialCharts.com. “This is all about having fun with our mates. No pressure, just FUN.”