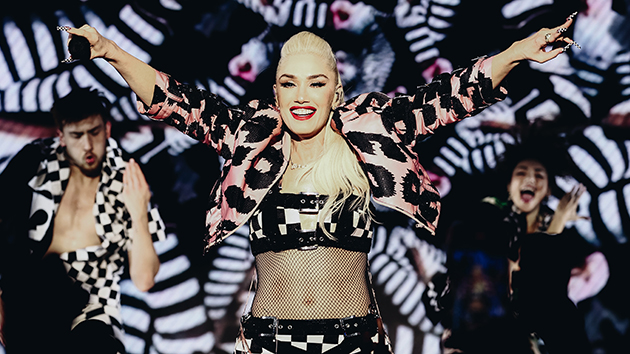 Gwen Stefani can thank the music she wrote in 2000 for inspiring her all-new makeup line, GXVE.

Speaking with Vanity Fair, the singer explained how the No Doubt album Return of Saturn, which she wrote when she was depressed and confused, made her want to pursue her passion project.  Gwen said she revisited her 2000 work about seven years ago, when her life was “falling apart,” admitting she previously avoided listening to the record because of how much it stung.

“Everything was written in those songs,” she explained. “It’s like a diary.”

But listening to such a raw body of work made her want to chase her dream of creating her own beauty line: “This is what I’ve prayed about. This is the rest of my life… This is my creativity and my give-back,” said Gwen.

The Grammy winner said she’s been invested in makeup “since birth,” adding she grew up next to Disneyland and worked at a makeup counter in Anaheim, California.  Gwen recalled of her old job, “What I loved about it was the feeling people would get from me: when we were done and they looked at themselves and said, ‘I had no idea I was this pretty,’ or ‘I didn’t know I could look like this."”

Gwen carried that with her over the years, and revealed, “For every show I’ve ever played live, I’ve done my own makeup. That’s part of the ritual to [become] the person that needs to be out there.”

Added Gwen, “Maybe that’s why I got this far, because I love it.”

﻿Return of Saturn’s original name was Magic’s in the Makeup, after another song on the record. “I think about those lyrics all the time,” Gwen says. “I always wished that song was heard by more people.”