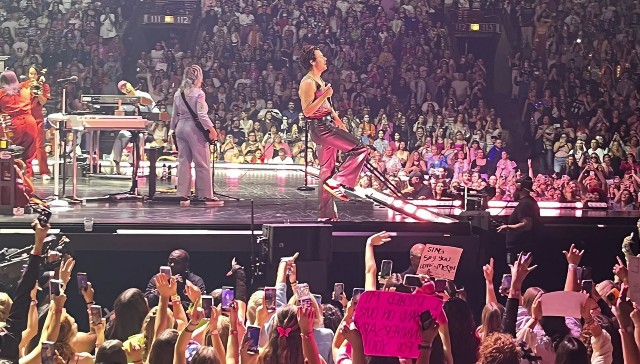 Los Angeles Harry Styles fans will have to wait a little while longer to see him in concert, as the shows were postponed due to the singer catching the flu.

Styles announced the unfortunate news in an Instagram Story on Saturday and expressed that he was “devastated” about not being able to perform.

“Towards the end of the show on Wednesday I started feeling ill and I’ve been in bed with the flu ever since,” he wrote, per Entertainment Tonight. “I’ve been doing everything I can to be able to sing tonight, but I’m leaving the doctor now and I’m devastated that it’s just not possible.”

The “Watermelon Sugar” singer continued, “Until very recently I haven’t had to postpone a show due to illness in the 12 years I’ve been touring. I’m so sorry to do it, and if there was anyway I could do the show I would.”

Styles was originally set to perform at LA’s Kia Forum on November 5, 6, snd 7. The dates have now been rescheduled to January 26, 27, and 29, respectively. Tickets for the original dates will be honored. All other tour dates are expected to resume as scheduled.