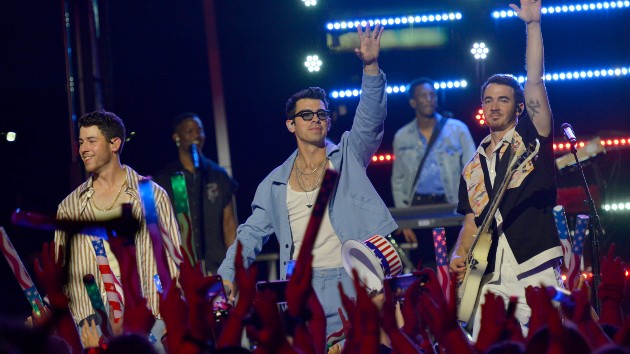 The Jonas Brothers helped close out the 2020 Tokyo Olympics on Sunday by performing their anthemic single “Remember This” during the Games’ closing ceremony.

Nick Jonas also celebrated JoBros’ Olympic debut on Sunday, saying it was “an honor” to be involved in the Games.  He added, “We are so proud of you @TeamUSA [flexing emoji] Let’s get it!!”

“Getting to perform this song at the Olympics Closing Ceremony is quite the bucket list moment for me,” Joe Jonas shared on his Twitter.

The three-minute performance video included shots of the brothers’ rooftop performance spliced with callbacks of various Olympic athletes preparing for and dominating their respective events.

The United States took home the most overall medals at this year’s Games out of all competing nations with 113 — 39 gold, 41 silver and 33 bronze. Many of those moments were included in the “Remember This” reel, which aired on NBC, this year’s home of the Olympic Games.

“Remember This” by the Jonas Brothers is available for digital download and on-demand now.

Jonas Brothers wonder “Who’s In Your Head” in new single

Joe Jonas posts birthday pics…including one in his birthday suit