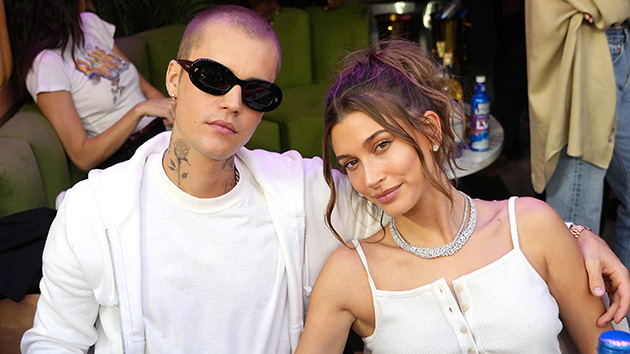 Justin Bieber opened up to fans about wife Hailey‘s recent health scare during his concert in Denver on Tuesday, and posted video of his comments to Instagram on Thursday. The model suffered “stroke-like symptoms” last week and required hospitalization for a blood clot in her brain, but has since made a full recovery.

Justin told the cheering crowd, “Life randomly throws you curveballs. We can’t really control much…Obviously you guys know [or] most of you probably know or seen the news about my wife.”

The “Sorry” singer assured fans that Hailey is “okay” and “is strong,” but he admitted, “It’s been really scary, but I know for a fact that God has her in the palm of his hands. And that’s a good thing.”

He also told fans he was “grateful to be here with you guys, celebrating life.” Justin turned his attention to the “horrible things happening in earth right now,” and said,” For us to be in this room all together laughing, smiling and singing songs — I can’t think of a better place I’d rather be.”

Justin also encouraged his fans to be open about their insecurities, even though society views such discussions as “uncool.” He remarked, “I think talking about it is the greatest thing you could possibly do, because then you just let it out and people get to know you better. You get to build deeper connections.”

He then declared, “I have insecurities. I have fears. You don’t have to hide those things. That’s what makes you you,” before launching into a performance of his song “As I Am.”

Prior to talking to the audience about Hailey’s health scare, he powered through several technical issues, such as troubles with his microphone and the stage lights.