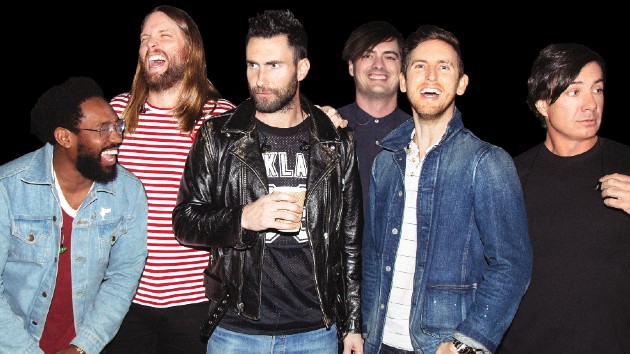 Last year, Wedding Crashers director David Dobkin, who also directed Maroon 5 videos like “Sugar,” “Memories” and “Girls Like You,” told ABC Audio he was working on a documentary about the band.  Now, Maroon 5 guitarist James Valentine is revealing a bit more about the project.

“We’ve definitely started it and we’ve started to compile old videos, we have a lot of material to put it together because, of course, next year will be our 20th anniversary of our first record Songs About Jane,” James tells ABC Audio. “And y’know I think it’s just really rare that a band stays together that long and is sort of around as long as we’ve been.”

The group, formerly known as Kara’s Flowers, changed their name to Maroon 5 in 2001 and added James as a guitarist. Songs About Jane came out in June 2002 and was a monster success, going on to sell 10 million copies worldwide and spinning off the now-classic songs “This Love,” “Sunday Morning,” “Harder to Breathe” and “She Will Be Loved.”

“It’s an interesting story to tell,” James points out. He then laughs, “I mean, we’re pretty boring guys, I think, mostly, but…it’s mind-blowing to go back…I was at Adam [Levine‘s house] and we were looking back at some of the footage of making that first record.”

“Just…to see our young selves, we just seemed so green,” James notes. “We just had no idea what was ahead of us.”

No word yet on when the documentary will see the light of day.  Meanwhile, Maroon 5 is on tour supporting their latest album, JORDI.

A Las Vegas residency? Maroon 5 would “absolutely love” to do it, says guitarist

His life is brilliant: James Blunt to star in his own documentary