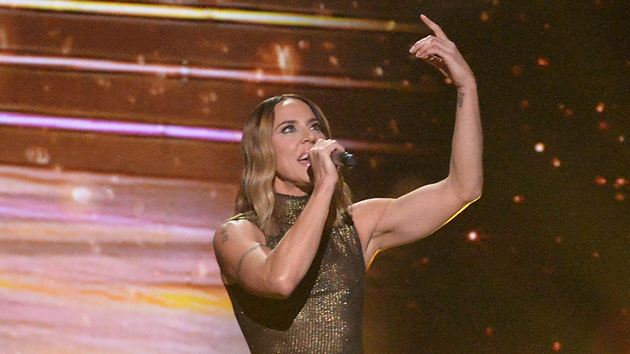 Melanie C was almost kicked out of the Spice Girls because of an argument with Victoria Beckham.

Although the Dancing with the Stars alum said everything is fine between them now, there was a moment when her future with the girl group was thrown into question.

Speaking with Entertainment Tonight, Melanie revealed, “Something happened quite early on in the Spice Girls’ journey, and I have a little bit of fall out with Victoria at the [Brit Awards] in ’96 — not the Union Jack dress 2022, but year [the] before.”

Melanie said “few people knew us” at the time because they were “unreleased,” so when the drama reared its ugly head it was almost curtains for Sporty Spice. “There was a little fall out, and I was threatened to get kicked out the band,” she disclosed.

That impulse went into overdrive and morphed into an eating disorder in order to maintain her moniker as the “sporty” one of the group. “I was controlling what I ate. I was controlling how much exercise I was doing,” she explained. “I think because in a situation like that so much is out of your control, the things you can control I became very obsessive about.”

Melanie said she wasn’t “ready to accept” help for her eating disorder when it was first offered, noting, “You can’t really help somebody until they’re willing.”

The “Viva Forever” singer reflects on her rise to fame in the memoir The Sporty One: My Life as a Spice Girl.

Looking ahead, Melanie is hoping for a Spice Girls reunion some day, saying the girls “would love that.”

Sam Smith reveals why they named their next album ﻿’Gloria’