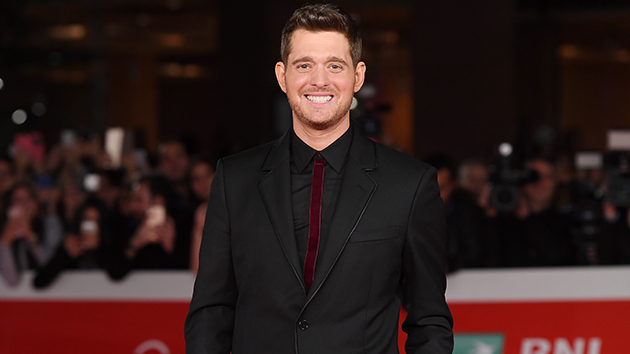 Michael Bublé opened up about why he chose now to return to music, after not having released an album since 2018’s Love.

“The pandemic, in a strange way, has made it easier for me to [do things],” the singer said during a virtual conference in the Philippines recently, according to Filipino media company ﻿ABS-CBN News﻿. “People are willing to do Zoom, unlike before, [where] you had to fly to LA or take off to London. [The pandemic] made the world smaller. I was so open to working with new people, and trying different things.”

The “I’ll Never Not Love You” singer explained how these changes impacted his family, saying “it was difficult to make music” even prior to the pandemic.  Michael says he was “still hurting” from the ordeal of his now eight-year-old son Noah‘s 2016 liver cancer diagnosis and recovery.  “I don’t know if I was ready to come back [to music],” he admitted.

“What I found interesting was when the pandemic hit, it put everyone on a level playing field. For the first time, every single person, from every country. I don’t care if you’re Black, white — we all felt the same thing. All of us were scared. We were anxious,” the Grammy winner noted. “Our metal health became an issue. For the first time, we need to cling to each other for hope.”

Michael also said that, while the pandemic brought out the best in people, some people “didn’t learn anything,” so he wanted to combat that with his new music.

“There’s so much negativity, so many things to drive us apart. I was hoping I could have a small part in bringing people together,” he said of his new album.