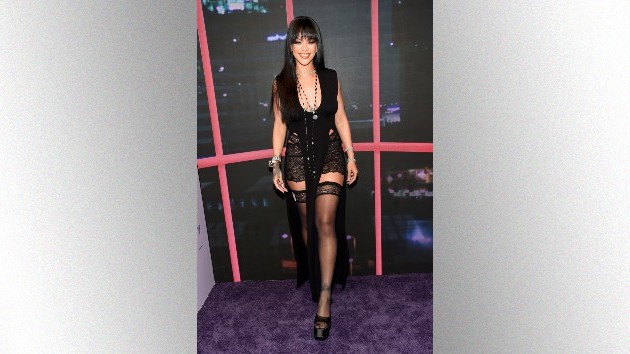 Joined by a group of models, RiRi made a dynamic appearance, seductively lying on a couch to the beat of Busta Rhymes and Janet Jackson‘s “What’s It Gonna Be? and Busta’s “Break Ya Neck,” according to Billboard.

“It’s not easy in a corset!” the nine-time Grammy winner told Entertainment Tonight. “I had to make it work!” she added with a laugh. “But it’s my way of just being part of my show. I won’t do it every single time, but I like to be in there a little bit.”

Now in its third year, the Savage X Fenty show has become a high priority for many stars.

“They’re calling us now, and it feels so great that it has that credibility and that people value the stage,” Rihanna shared. “People even pull out from other shows to be a part of it. If we keep pushing ourselves and challenging our show year after year, I feel like we could really do wonders.”

A post shared by SAVAGE X FENTY BY RIHANNA (@savagexfenty)