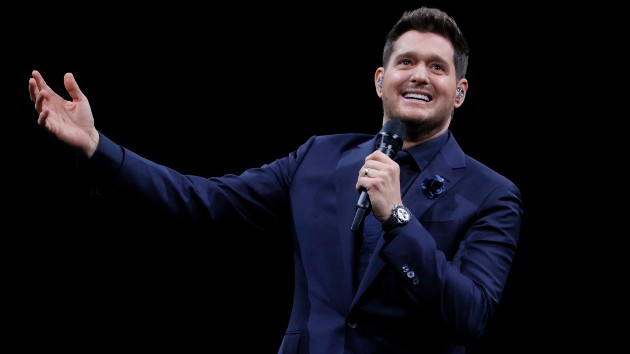 A new Christmas song by Michael Bublé will be featured in a movie called Silent Night, due out next month.

The movie is being produced by Matthew Vaughn, who brought you hit films like Rocketman, Kingsman: The Secret Service, Kick-Ass and more. As Deadline reports, Vaughn has started a music arm of his production company, Marv Music, to create original music for movies, and this holiday song by Michael is one of the first releases.

The song, called “The Christmas Sweater,” will be included on the Super Deluxe 10th Anniversary Box Set version of Michael’s album Christmas.  As for the movie, it concerns a family that gets together for Christmas “on the eve of an environmental apocalypse.”  It stars Keira Knightley, Matthew Goode and Kirby Howell-Baptiste and will be out December 3.

Marv Music will also be releasing the original music that Dua Lipa is creating for Vaughn’s upcoming film Argylle, in which she’ll also star.

Bidding for Whitney Houston NFT song to begin at $117,000