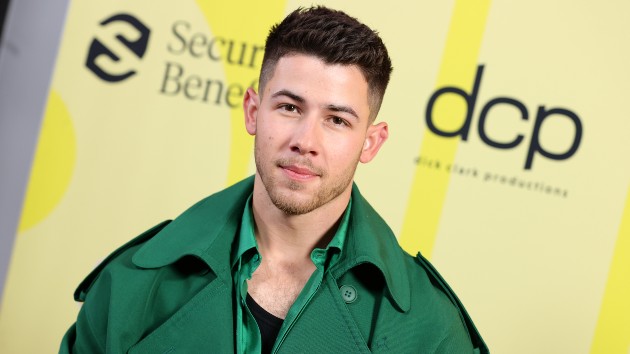 Nick Jonas is giving fans a peek at himself all dressed up for his starring role in the upcoming streaming movie musical production of Jersey Boys.

On Monday, Nick shared a snapshot of himself in character as Frankie Valli, of the legendary group The Four Seasons. He’s shown posing along the actors who play the other members of the group — CJ Pawlikowski as Bob Gaudio, Matt Bogart as Nick Massi, Andy Karl as Tommy DeVito — plus director Des McAnuff.

“The past couple months I’ve been in Cleveland playing my dream role as Frankie Valli in Jersey Boys!” the Jumanji actor captioned the Twitter post. “With our incredible cast and crew, we worked tirelessly to create an amazing musical movie event for you all.”

“Stay tuned for more exciting news,” he teased. It’s not clear as to which streaming service will debut the musical.

In June, Frankie Valli, 87, confirmed that Jonas would play him in the upcoming musical movie while speaking with NBC’s Today show, adding, “I’m really excited about that.”

Jersey Boys, which started out as a Broadway musical and was later made into a 2014 feature film, follows the rise and demise of The Four Seasons, famous for hits like “Sherry,” “Walk Like a Man,” “Big Girls Don’t Cry,” and “December, 1963 (Oh What a Night).”

Jonas Brothers wonder “Who’s In Your Head” in new single