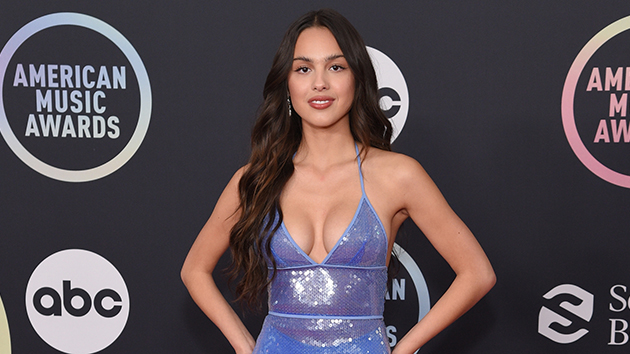 We have one week to go before Disney+ releases its hotly anticipated documentary Olivia Rodrigo: driving home 2 u (a SOUR film).

Olivia took to social media to not only share the key art of her upcoming documentary, but also tease some behind-the-scenes photos she recently snapped.  In addition, she directed fans to check out the complete trailer, which dropped Thursday.

The upcoming documentary follows Olivia as she puts the finishing touches on her debut album, which went on to earn her multiple Grammy nominations.  The trailer shows the range of emotions she experienced as she toiled over her debut work and the feedback she received from her team. One such clips shows a nervous Olivia pacing around as she’s told she’s “overthinking” the song-making process.

Olivia Rodrigo: driving home 2 u premieres on Disney+ on March 25.  In addition to Olivia sharing her memories and thoughts of her debut album, she will also perform an assortment of new arrangements of her biggest hits off SOUR and share her insight of breaking into the music business at such a young age.