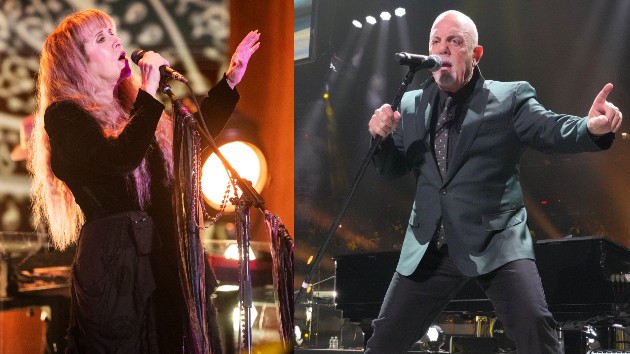 Ever since he stopped doing joint tours with Elton John a while back, Billy Joel has rarely shared the stage with anyone: It’s unusual for him to even have an opening act.  But next year, he plans to team up for a double bill with a performer as equally legendary as he is.

Billy will perform a show on April 8, 2023 with none other than Stevie Nicks. The pairing will take place at AT&T Stadium in Arlington, TX.  The show is appropriately billed as “Two Icons, One Night.”  Tickets will go on sale November 11 at 10 a.m. LiveNation.com or SeatGeek.com.

On Instagram, Stevie wrote, “excited to hit the road with the amazing @billyjoel in 2023.”  Her use of the phrase “hit the road” makes it sound as though they might perform together at additional dates, but so far, this is the only one that’s been announced.

The show is Stevie’s first announced performance for 2023; she’ll complete her fall tour this weekend. As for Billy, he’ll continue his Madison Square Garden residency, and next year, he has additional dates booked in Atlanta, Florida, London, New Zealand and Australia.