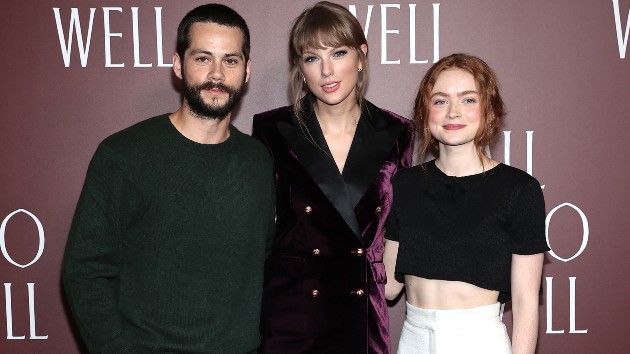 If you ever wondered why Taylor Swift cast The Maze Runner and Teen Wolf actor Dylan O’Brien in her short film for the epic, 10-minute-long version of “All Too Well,” it was because she felt he’d be great ad-libbing — and she was right.

For a profile of O’Brien for Bustle, Taylor told the publication via email, “Dylan was my first choice for the ‘All Too Well’ short film because he has that versatility I was looking for. I’d seen his work and heard nothing but wonderful things about him as a person.”

“Ultimately I want to work with people who love what they do and come at it with enthusiasm, because that’s how I approach creating things too,” she continued. “I had a feeling he would be great at ad-libbing and adding nuance to his character…He absolutely blew me away and I feel really lucky that I gained such a great friend from the experience, too.”

According to Bustle, Taylor sent O’Brien a “novella-length text message” asking him to take the role and he said yes right away.  While shooting the post-dinner party argument scene, Taylor let O’Brien and co-star Sadie Sink come up with what they’d be saying to each other — and she liked it so much that she decided to highlight it.

O’Brien tells Bustle, “Everything was planned to be to music. But then when we played out that scene [with dialogue], [Taylor] immediately marched over and was just like, ‘This is it. I’m going to play this in the video.’”

He adds, “The confidence to just identify that in the moment on set and take in what we were bringing to it [shows how] she’s so sound with relationships and her instincts.”