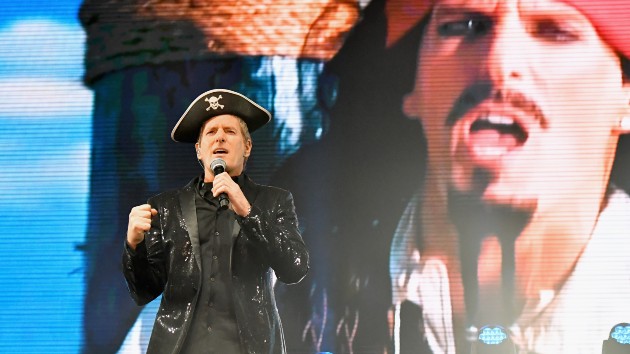 Ten years ago, Michael Bolton changed up his image by collaborating with the comedy team The Lonely Island for hilarious Saturday Night Live digital short Jack Sparrow.  And he says he still feels the project is “the gift that keeps on giving.”

Speaking to Yahoo Entertainment, Michael says that Jack Sparrow — which features him singing about about the Pirates of the Caribbean character while Andy Samberg and the rest of the Lonely Island crew are trying to make a hip-hop track — was “one of the “most enjoyable, greatest experiences” of his entire career.

Initially, Michael was reluctant to get involved because he thought “some of the lyrics were a little bit raunchy,” which he felt might turn off his fans. But The Lonely Island guys wanted him on the song so badly that they agreed to change the lyrics.  According to Michael, the SNL producers “went crazy for” the song, so they made the music video, which Michael says was so much fun, he didn’t want it to end.

The morning after it aired, Michael was shocked when his daughter told him that the video had totally gone viral, and even Justin Bieber was praising it on social media.  Jack Sparrow has since racked up 220 million views, and Michael says its the reason younger people recognize him in airports.

“It’s been incredible, and it has opened this much bigger, universal door into projects,” Michael says — including his current stint on ABC’s Celebrity Dating Game. “Basically, it was one of the best things I ever did. I call it the gift that keeps on giving.”

Michael says he’d love to do an entire album with The Lonely Island in the future.

Happy Father’s Day: Michael Bublé is “so excited” to be having another girl