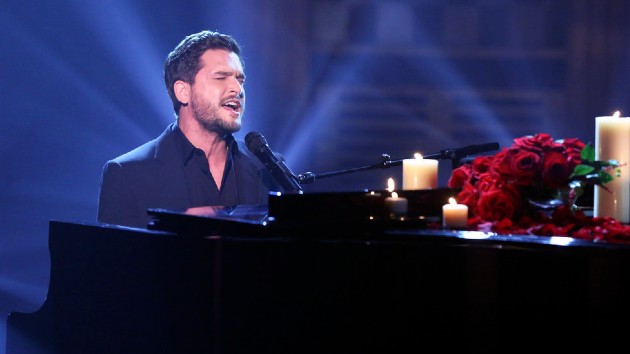 For years, Jimmy Fallon has been trying to get one of his guests to participate in a bit he calls “Straight Up Goes For It” — in which said guest would sing Train‘s “Drops of Jupiter.”  Well, it took him years to find someone willing to do it, but Thursday night, he finally succeeded.

Thursday was the 1,500th episode of The Tonight Show Starring Jimmy Fallon and, after “dozens of famous people that you know and love” told Fallon no, Game of Thrones star Kit Harington finally said yes.  And even though the actor best known as Jon Snow can neither sing nor play the piano, Fallon said, “He’s doing it because he’s cool, and he’s funny and he gets it.”

And Harington did, indeed, “straight up go for it,” pretending to play the piano decorated with candles and roses as he belted out the Grammy-winning 2001 hit.  While his voice wasn’t great, he made it through the entire song — even to the “nah nah nahs” at the end — though he did get tripped up by the admittedly bizarre lyrics several times.

The audience, of course, went wild.