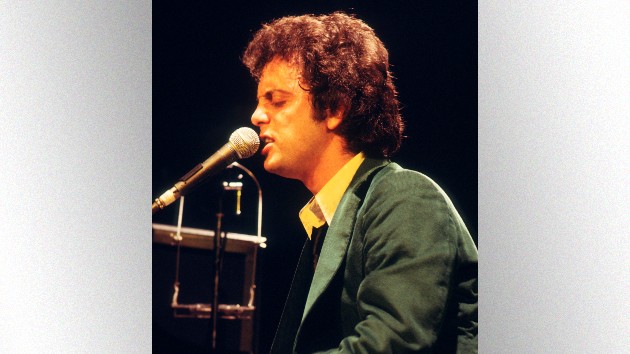 It was never a single, but Billy Joel‘s “Scenes from an Italian Restaurant,” from his 1977 album The Stranger, is one of his most beloved tracks.  Billy’s lyrics paint such a vivid picture  — a bottle of red, a bottle of white and those sweet romantic teenage nights with Brenda and Eddie — that it’s no wonder it’s finally inspired a music video after all these years.

“There’s a whole catalog of music that existed before music video,” says McAllister. “That led to a discussion of, ‘Wouldn’t it be cool to make a music video for one of these classic hits that never had [one]?"”

He continues, “It’s been about a year since we started working on this. And we’re super-stoked to see it out in the world. This project was sorta like the beginning of the path back from the darkness that started with the pandemic, so it has a really special place for all of us.”

October will mark the 50th anniversary of the release of Billy’s debut album, Cold Spring Harbor, and his five-decade career is being celebrated with Billy Joel – The Vinyl Collection, Vol.1, a nine-LP set coming out on November 5.

“Sunroof” singer Nicky Youre releases new single “Eyes On You,” along with adorable video