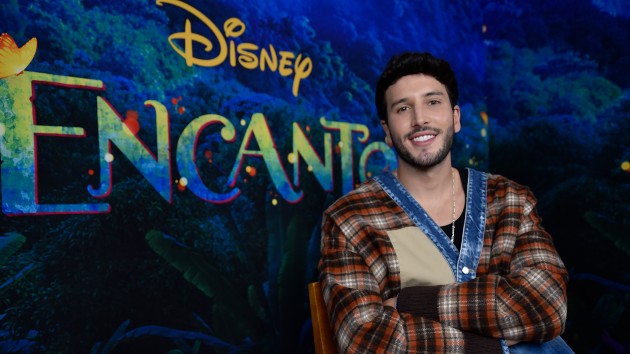 Everyone talks about “We Don’t Talk About Bruno,” but the Encanto song that snagged an Oscar nomination is the touching ballad “Dos Oruguitas (Two Caterpillars),” which appears on the soundtrack in both English and Spanish. Colombian star Sebastián Yatra, who sings both versions of the song, has a simple explanation for why Encanto’s music is a massive hit.

“Y’know, there’s some people that just really know what they’re doing…One of those people is Lin-Manuel Miranda,” Yatra tells ABC Audio. “And he understands emotions and people, and he really understands kids and what can trigger all these emotions in the whole family, and take them somewhere special.”

Sebastián adds with a laugh, “I mean, it’s not a coincidence that he’s done what he’s done. So we’re following the leader on this one, and he did it right!”

As for why “Dos Oruguitas” was submitted for the Oscars and not “Bruno,” Sebastián describes it as the “heart and soul” of the movie, comparing it to an obscure album track that “not as many people have heard of,” but that has “a huge impact on their lives.”

“I’m just happy about the whole soundtrack and the movie and Colombia being [in] the spotlight in such a positive way,” he adds.  He’s also happy that he’ll be attending the Oscars to see if the track wins. Meanwhile, he’s performing it on his just-launched tour, which hits the U.S. in August.

“It was amazing to sing…the whole crowd just sings [along]…and the kids go berserk!” he says.

And if “Dos Oruguitas” is the first song you’ve ever heard by Sebastián and you’d like to hear more, he advises, “Listen to my new album Dharma from start to finish and go to the tour…I feel like you guys are going to get something really special out of it.”

Is Linda Ronstadt the new Kate Bush? ‘The Last of Us’ spikes downloads of her 1970 hit