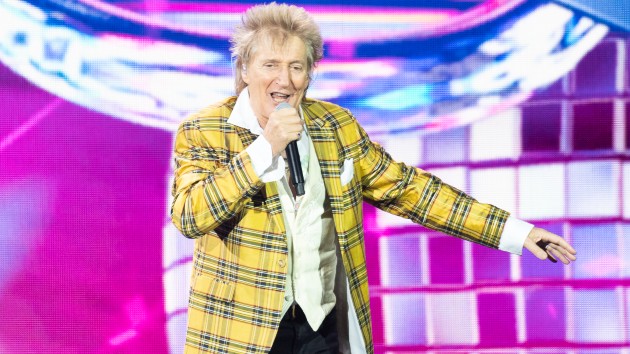 In 2021, Rod Stewart announced that he’d extended his Rod Stewart: The Hits residency at the Colosseum at Caesars Palace in Las Vegas into an 11th year.  Those dates begin Friday, May 13, and run through May 21. What keeps the legendary singer coming back to Sin City? Well, the money, of course, but also, Rod just really, really likes the Colosseum.

“I do get paid rather nicely, to be honest,” Rod tells ABC Audio.  However, he adds, “It’s probably the best venue in the world to see your favorite rock star. Or see anybody…your favorite juggler! Yeah, the seats are gorgeous, the best sound…it’s just a privilege to play there.”

Plus, Rod notes, “You only have to play for an hour and a half…you play any longer, they grab you by the neck and drag you off!”

“They want to get everybody back into the casino, gambling,” Rod laughs. “‘Mr. Stewart, only 90 minutes, please!’ ‘Cause I sometimes go on for two hours!”

If you can’t see Rod during this run, he’ll be back in Las Vegas from September 30 to October 1.  But he’s also coming to you: His North American summer tour with Cheap Trick starts June 10 in Vancouver, and wraps up September 17 in Edmonton, Alberta.

In between, Rod’ll play the Hollywood Bowl, as well as Denver, Phoenix, Nashville, Milwaukee, Saint Paul, Cincinnati, Pittsburgh and other major cities. Visit RodStewart.com for the full itinerary.