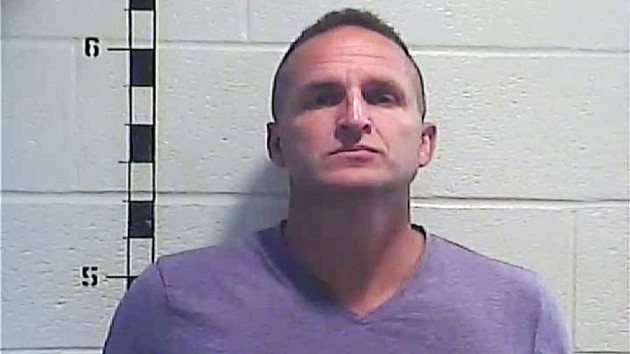 (LOUISVILLE, Ky.) — Wednesday marked the start of the trial for the sole Louisville, Kentucky, police officer charged in connection to the “no-knock” search warrant raid that killed Breonna Taylor.

Brett Hankison — who is expected to testify — is charged with three counts of first-degree wanton endangerment of Taylor’s neighbors.

Prosecutors say he fired shots that endangered three people who were inside a neighboring apartment: Cody Etherton, his pregnant partner Chelsey Napper and their 5-year-old son.

Hankison was fired from the Louisville Police Department after the March 2020 shooting and is the only officer charged in connection with the incident. No officers have been charged with shooting Taylor.

The deadly shooting took place shortly after midnight on March 13, 2020. Taylor, a 26-year-old Black medical worker, was asleep at home with her boyfriend, Kenneth Walker.

Officers arrived and executed a “no-knock” search warrant as part of an investigation into a suspected drug operation, allegedly linked to Taylor’s ex-boyfriend.

Walker, who claims he thought the officers were intruders, fired one shot from his handgun, striking an officer in the leg. In response, police opened fire, and Taylor was shot multiple times. No drugs were found in Taylor’s apartment.

Etherton, the first witness, testified that the gunshots were “inches away from hitting me.”

“Literally, like, one or two more inches and I would have been shot,” he said. “I think about it all the time … I would never even got to meet my son,” he added, referring to his son Bryson.

On cross-examination, Mathews asked Etherton if the situation was chaotic.

“Yeah, the whole thing was chaotic,” Etherton said. “From the time that I got woke up to a loud boom, gunfire coming through my wall and nearly killing me, could have struck my girlfriend. It was chaos.”

Matthews also called attention to the lawsuit that Etherson filed against Hankison and the city of Louisville.

Second on the stand was Louisville Police Sgt. Kyle Meany, who was investigating drug trafficking and looking into Taylor’s ex-boyfriend. Meany was not involved in serving the search warrant.

Meany said a number of search warrants were obtained for different addresses, including Taylor’s. The affidavit attached to the search warrant for Taylor’s apartment was designated as a “no-knock warrant” request, he said, adding that the physical search warrant related to the affidavit was signed by the judge.

Meany said police conducted surveillance of the apartment prior to obtaining the warrant and had photos of Taylor’s ex-boyfriend at her apartment.

On March 12, 2020, police held a briefing for executing the search warrant, he said. Meany confirmed there was a white board with various addresses that were subjects of the search warrants, including Taylor’s address. Above the address, the words “knock and announce” were written, he said.

Whaley said when officers breached Taylor’s apartment, the officer who fatally shot Taylor moved up to cover the officer with the battering ram, putting himself in the line of fire. Hankison was supposed to be in this role but was telling a person who was leaving a neighboring apartment to go back inside, Whaley said.

Whaley said Hankison had been engaging with that person when shots rang out. She said Hankison fired perpendicular to where the shot came from inside of Taylor’s apartment.

The prosecutor said Etherton jumped up when he heard the ram at Taylor’s apartment and walked toward his front door to see what was going on.

“A bullet whizzed close to his head that he heard, and then saw debris, drywall dust, where that bullet had come through,” Whaley said.

Whaley also said that Hankison gave a statement to investigators claiming he saw a shooter with an AR-15-style rifle in a combat position. No AR-15-style rifle was recovered from Taylor’s apartment, Whaley said.

Hankison’s defense attorney, Stew Matthews, said in his opening statement that he didn’t plan to dispute the evidence presented by the prosecution, but the “issue is what was the reasoning behind his [Hankison] firing the shots.”

Matthews focused on the chaos of the situation and said that Hankison will testify.

Matthews said the prosecution doesn’t know whether or not Hankison could see what was going on into the doorway and that it was “not accurate” to say that he couldn’t see into the hallway when the door was breached.

Matthews said that Hankison saw the muzzle flash from the gun that was fired at officers and that “his perception of it was that it was an AR-15 rifle.”

Matthews said that when Hankison fired his gun, he was “attempting to defend and save the lives of his brother officers.” He said that under the operating procedures of the police department, officers are obligated to defend other officers and citizens, and “that’s exactly what Brett Hankison was doing in this situation.”

“His actions were reasonable and justified given the chaotic situation he was in,” Matthews said.

Hankison has pleaded not guilty. If convicted, he faces up to five years in prison.

Two other officers involved were also fired from the police department: the officer who fired the shot that killed Taylor per a ballistics analysis and the officer who prepared the search warrant.