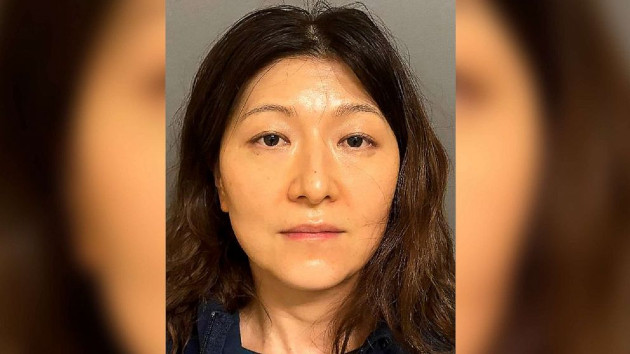 Jack Chen, 53, has accused his wife Yue “Emily” Yu, 45, of poisoning him with Drano, a brand of drain cleaner, on three separate occasions in July, even catching the alleged act on tape and handing it over to the Irvine Police Department, according to court documents.

Yu’s defense attorney David Wohl told ABC News that the allegations against his client are “absolutely and unequivocally” false.

Chen had reportedly gotten sick for over a month when he suspected Yu of putting drain cleaner in his tea and lemonade, according to police and court documents.

Police said Chen “captured video evidence supporting his suspicion” and turned it over to authorities. Following a search warrant, Yu was arrested.

Yu was booked at Orange County Jail, but charges have yet to be filed. Jail records show that Yu posted bond and was released from jail on Aug. 5.

Police said Chen “sustained significant internal injuries but is expected to recover” after being allegedly poisoned.

Chen, who’s a radiologist, filed a domestic violence temporary restraining order on Aug. 5 against his wife of 10 years for himself and on behalf of the couple’s two children. He alleged that Yu was physically, mentally and emotionally abusive toward their children and him.

He also alleged that Yu’s mother, Yuojng “Amy” Gu, was abusive toward him and the children.

According to court documents, Chen is asking for sole custody of their two children.

“She has never, in any way, shape or form, tried to harm her husband or her children,” Wohl added in a statement.

Wohl said that he and Yu believe that Chen accused her of poisoning him so he could gain an advantage in their divorce and custody cases.

“There is absolutely nothing done in those videos that were in any way illegal,” Wohl told ABC News. “The videos do not depict her trying to poison her husband or harm anyone in her family.”

Yu is the director of dermatology with Mission Heritage Medical Group.

“This incident is a domestic matter which occurred in Irvine, and we want to reassure our community that there has been no impact on our patients,” Mission Heritage Medical Group said in a statement to ABC News.