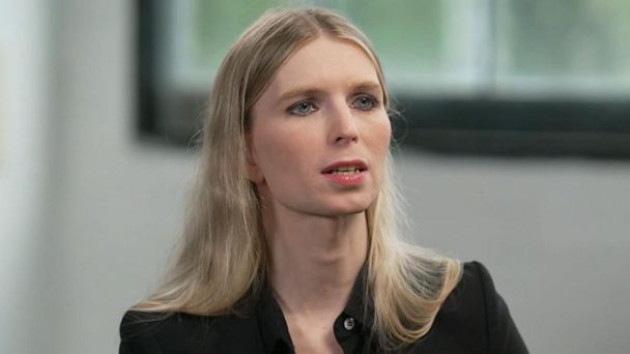 (NEW YORK) — Chelsea Manning, the former Army intelligence officer who was sentenced to 35 years in prison because of the trove of classified documents she released in 2010, has felt that she hasn’t yet been able to tell her side of the story.

Manning, whose sentence was commuted after seven years by former President Barack Obama in 2017, has recently published a memoir called README.txt.

She spoke with ABC News’ Linsey Davis about her experience as a whistleblower, her childhood, decision to transition and message to trans kids.

PRIME: A number of people are going to say, you know, I already know who Chelsea Manning is and, you know, she leaked classified documents and they feel some kind of way about that.

PRIME: And so what would you say to those critics? Why should they take the time and money to actually read your story?

MANNING: I think that my voice and my, sort of, experience taken as a whole has been left out of the story. Everybody’s been sort of treating me as an enigma, but I’m here, right? And so, I’m just trying to tell my story. I’m a little late to the show, but I wanted to do this. So, I mean, because this book has been, I’ve been working on this book since I was in prison.

PRIME: And you’re only 34, so you’ve made it clear this is not a memoir, but really a coming of age story. You describe a really tumultuous childhood… your mom trying to commit suicide, the divorce, you facing homelessness at a really early age. How did that all shape who you have become?

MANNING: It shaped all of me. Any one of those experiences would have been different, it wouldn’t be me.

MANNING: So, you know, I did have a difficult upbringing. I mean, there were good times as well. But yeah, I felt and I still feel to this day, like I was, I always felt under-appreciated by my father, and I always wanted to just get my father to say, you know, ‘I appreciate you. I love you. I am proud of you’ cause it always felt like nothing was good enough for him.

PRIME: You talk about, though, in the book how your dad seemed to be proud of you when you joined the military.

PRIME: And your sister, conversely, she said, you write, ‘she told me I was a dumb–ss, making a stupid, impulsive move, and that no matter how talented I was, there was no way I’d fit into the culture of the Army.’ How did you make that decision? Going from just kind of starting to explore gay clubs at the time and then joining the military during the height of the Iraq war during ‘Don’t Ask, Don’t Tell.’

MANNING: I wanted to rekindle the relationship with my father. You know, he kicked me out of the house in 2006 and he had remarried. I felt like there was unfinished business. I was genuinely looking for some way of fitting into the world, of having stability. And my father kept pitching stability and structure. But in all of this, I wanted to feel like I could make a mark on the world and not just be struggling to stay afloat.

PRIME: Some people are going to hear you say that and say that’s what this is about, you wanted to make your mark on the world. What would you say that this is really what led you that day, to decide to upload more than 700,000 classified documents?

MANNING: Right. By the time I got into Iraq in 2010, or 2009, we deployed and by 2010, that was when I started to make these decisions. I had become very professional, I had this sense of purpose and this sense of I can do something and I can be a part of something bigger. And then have that, you know, having this cognitive dissonance between something that I believe in and really have invested an enormous amount of time and energy into, be contradicted by the realities on the ground.

You know, everything that I had learned about what was going on at that point, you know, turned out to be much more complicated and much bleaker and much more, I would say, from the perspective of the military and the government and the political establishment, much more self-destructive than I ever could have imagined.

PRIME: What is the truth that you wanted Americans to know?

MANNING: That the sanitized version of the Iraq War up to this point, this discourse had started to be sanitized again and started to be glossed over again. And I was still seeing all of the same problems and all of the same feedback loops that were happening on the ground in terms of, you know, these cycles of retribution of death and destruction, of brutality, and the public not having any full understanding of this. I wanted to make that available. I wanted that discussion to happen.

PRIME: Well, you write, ‘it’s not possible to work in Intelligence and not to imagine disclosing the many secrets you bear.’

MANNING: I would agree with that.

PRIME: On the flip side, there are thousands of people who’ve had a similar occupation and they didn’t disclose classified information.

MANNING: But they thought about it.

PRIME: You think so?

MANNING: I know so.

PRIME: What kept them from doing that?

MANNING: Well, probably the same reason why I hesitated, which is, you know, an opportunity, a career. Being in the military and being an intelligence in itself, is a lifestyle, it’s not just a career. There really is this entire worldview of, ‘I work in this field’ and this becomes part of your identity and part of who you are. And that’s much deeper than just being a job.

PRIME: So in addition to losing your career, you get court-martialed and sentenced to 35 years, actually the harshest sentence for anyone who’d ever leaked classified documents, during all of this time, you’re also struggling with your your gender identity, your sexual identity. And so even on that day, in the bookstore, when you’re uploading the documents, you take a picture of yourself with a wig and makeup.

PRIME: And you write about gender dysphoria and you say that it was ‘like a toothache that never goes away. You’re not always consciously thinking about it, but it’s this persistent thing that you can’t totally shake that keeps holding you back.’ When was the first time that you thought about changing your gender?

It wasn’t until I was in the military, and I’d been in the military for a few years. By the time I was deployed to Iraq, I knew for certain that this was the path that I knew that I need to take in order to survive.

PRIME: And I’d like to read the book dedication. It says, ‘this book is dedicated to the brave trans kids who struggle to live as themselves in a hostile world. You make me proud.’

PRIME: What is your message, beyond that, to trans kids right now who are struggling and feeling uncomfortable, perhaps, in their own skin?

MANNING: I went through that experience as a kid, I know what you’re going through very deeply. And I’m thankful that kids are able to even know this kind of information because I didn’t when I was that age. I just needed someone to tell me that I was loved and appreciated for who I am. And that’s all I want to say. ‘You are loved, you are appreciated, and that there is a community.’

We had a progressive moment in the last decade where we’ve been able to make advances, and find ourselves and find our community. We may lose some of that in the next few years, and that’s unfortunate but also we’re survivors and we can make it through.