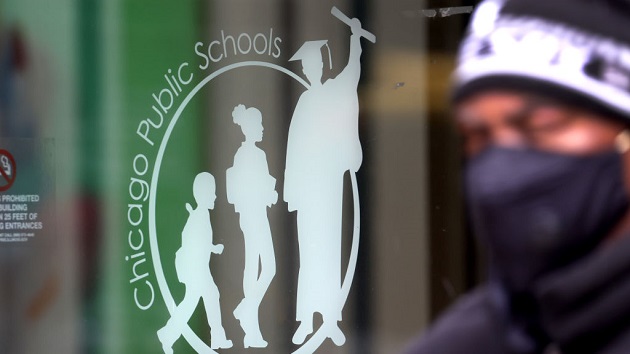 (CHICAGO) — Chicago officials canceled classes for hundreds of thousands of public school students on Wednesday after reaching an impasse with the city’s teachers union over whether in-person learning was safe during a wave of COVID-19 infections.

City leadership, including Mayor Lori E. Lightfoot, had asked teachers to continue in-classroom instruction. But 88% of the Chicago Teachers Union’s leadership and 73% of its members voted on Tuesday in favor of remote education.

After the vote, officials canceled all in-person and virtual classes.

“I understand your frustration and deeply regret this interruption to your child’s learning,” said Pedro Martinez, chief executive of the schools.

The disruption for students marked an escalation in the ongoing debates between officials and teachers about pandemic protocols. Teachers said their decision on remote learning was an attempt to safely instruct their students amid the current wave of COVID-19 infections. Officials accused teachers of not following medical guidance.

“I’m urging teachers. Show up to your schools. Your kids need you,” Lightfoot said on Twitter.

Many teachers who attempted to log into their remote-learning systems on Wednesday found themselves locked out, according to the union.

“We are being inundated with calls and emails this morning from educators who attempted to log into their platforms to connect with their students and teach remotely, and safely, but are being locked out by Mayor Lightfoot,” union officials said on Twitter on Wednesday morning.

Chicago, like the rest of the country, has seen a surge in COVID-19 cases over the last few weeks that has been driven by the omicron variant, health officials said.

As of Wednesday, 64.7% of all residents have received two vaccine doses, according to the city’s health department.

Family of Alabama inmate fears for his life, alleges neglect by prison officials